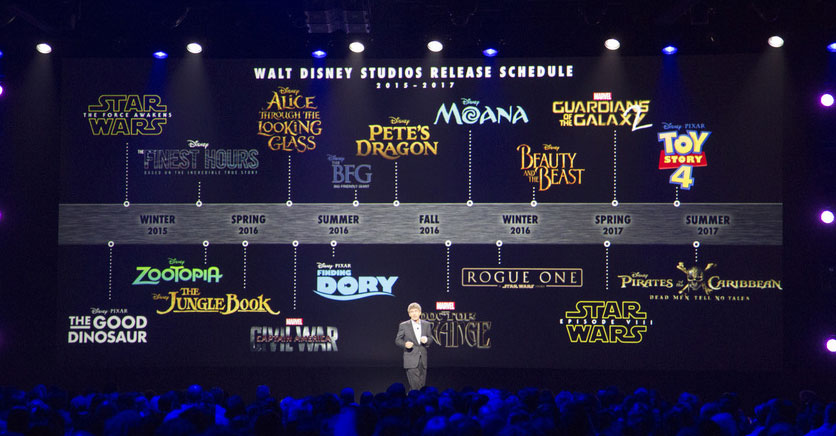 The last ten years of movies from Walt Disney Studios has been ultra-productive for the company. Eight films have generated more than $1-billion in worldwide box office receipts and a number of other films have come close or out-performed expectations. During this time, Disney has loosely followed CEO Bob Iger’s franchise formula with some films more successful than others (I’m looking at you “The Lone Ranger”).

If you look at the next two years of movies (and beyond), there are a fair number of films with franchise potential or already part of a franchse (Marvel Cinematic Universe, Star Wars, Pixar). Also among the mix are films that return to properties audiences are already familiar with. These include some live-action remakes and a return to favorite childhood tales.

Disney Movies the next two years: 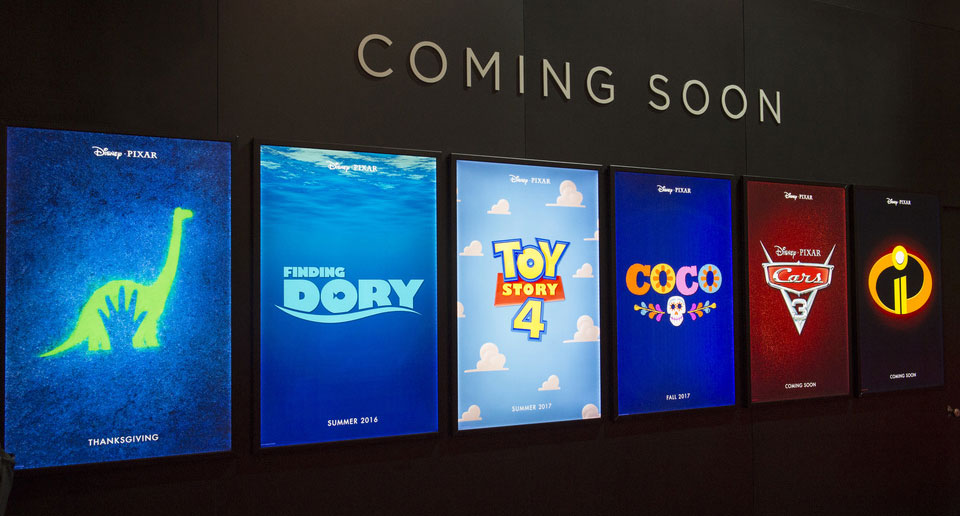 Also on the horizon (in no particular order):

Plus these Semi-Announced Live Action films:

I don’t remember Disney ever having this many films ‘announced’ as part of its upcoming slate. When you look at Star Wars, Marvel, Pixar, Disney Animation, and the list of live-action remakes that have been announced, there’s hardly room for new films with unique stories to get made. Sounds like a challenge for Walt Disney Studios just to keep them all moving forward and getting the attention they deserve.

Your challenge is to rank them in order of which you’re looking forward to the most? Not up for that, just your top five will do. Share in the comments below.