Guardians of the Galaxy sequel accidentally gets a title

Marvel is notorious for its secrecy surrounding their movies. So when head honcho, Kevin Fiege, let a secret slip, fans caught it quickly.

During his press tour for Ant-Man, the Marvel Studios let slip the title for James Gunn’s Guardians of the Galaxy sequel.

Gunn went to Facebook to confirm that the movie will be called “Guardians of the Galaxy Vol. 2” making clever reference to Starlord’s soundtrack, Awesome Mix Vol. 1. 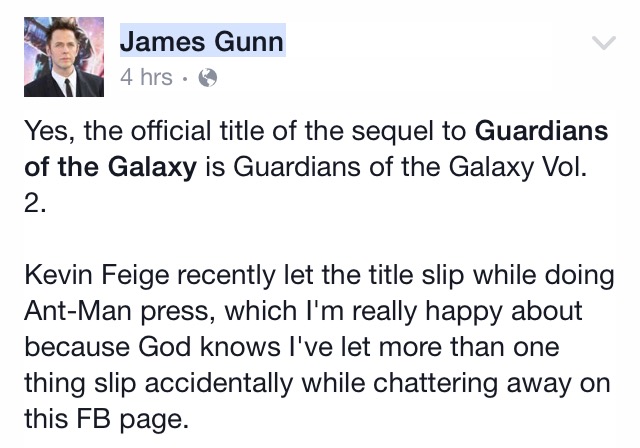 What do you think of the new title?