Cast of The Jungle Book remake share love of Disney 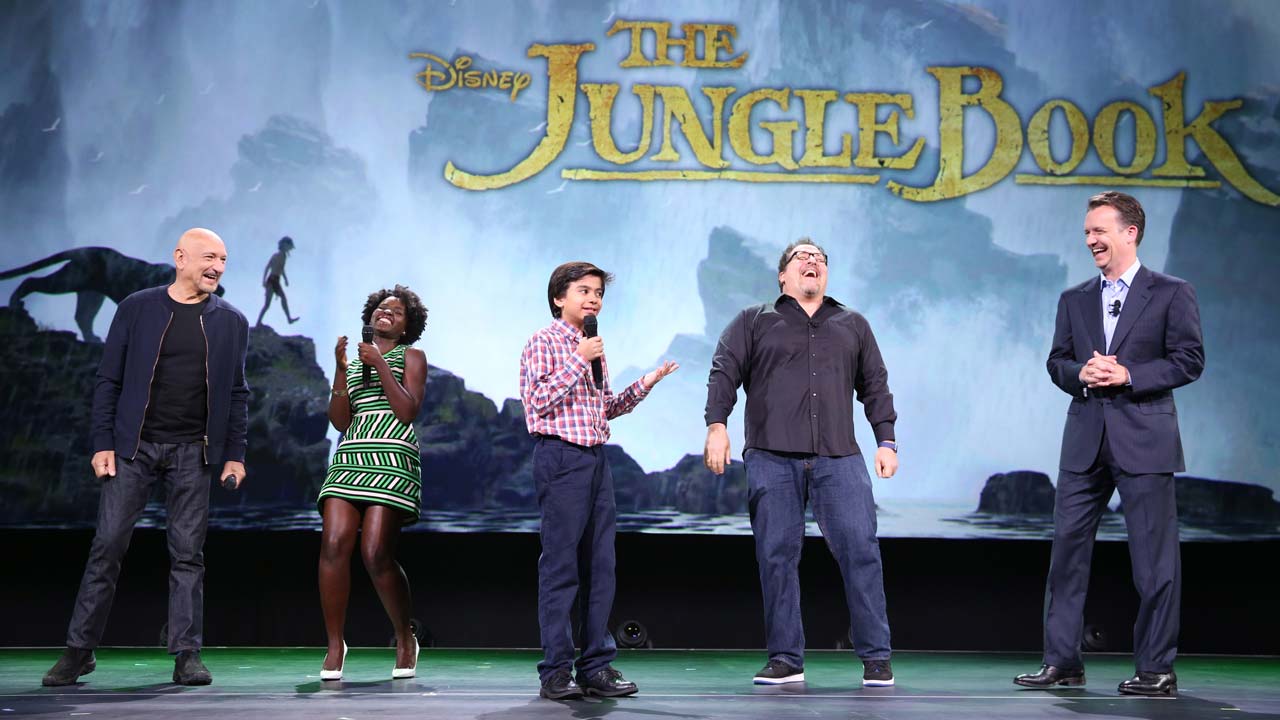 Disney’s Live-action slate contains a few remakes, including an interesting take on the Walt Disney Classic “The Jungle Book.” Based on Rudyard Kipling’s timeless stories and inspired by Disney’s 1967 animated classic, the film features state-of the-art technology that immerses audiences in the lush world like never before. The all-new, live-action epic adventure showcases Mowgli’s journey of self-discovery when he’s forced to abandon the only home he’s ever known.

D23 Expo showcased the production as part of its live-action panel. In the clip below Jon Favreau, director of Disney’s upcoming “The Jungle Book,” welcomes to the stage newcomer Neel Sethi, who was selected from thousands of candidates to play man-cub Mowgli; plus Oscar winners Ben Kingsley, who helps bring panther-turned-mentor Bagheera to life, and Lupita Nyong’o, who lends her voice to the protective mother wolf Raksha.

Favreau then treated fans to a sneak peek of footage from the film, and each guest received a copy of the dramatic teaser poster following the presentation. Alas, we don’t have either of those.