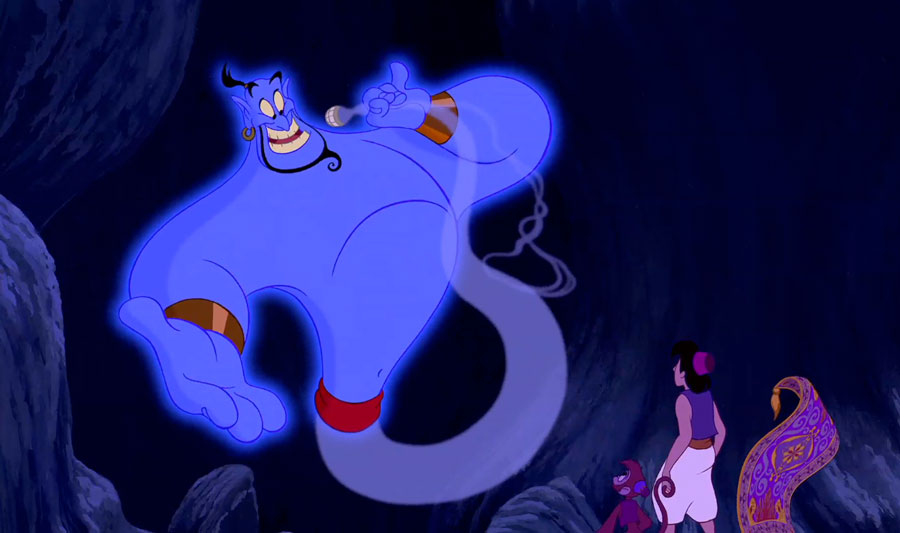 After Aladdin struck gold at the Box Office, the company attempted to recreate the magic with a direct-to-home video sequel “The Return of Jafar” which, of course, was missing one crucial ingredient, the talents of Robin Williams as The Genie and was generally panned. It, in turn, helped launch the Aladdin animated TV Series, which I remember mostly fondly.

According to a story in The Hollywood Reporter, Disney is going back to the well again but this time with a live-action prequel called “Genies.” It will be a comedy adventure that explores how the genie got in the lamp in the first place.

The script will be written by Damian Shannon and Mark swift; Tripp Vinson will produce. According to THR, if this movie is a smash, it could serve as the doorway to a live-action retelling of the original movie and perhaps a larger franchise.

What do you think of the idea of Aladdin as a movie franchise for Disney?