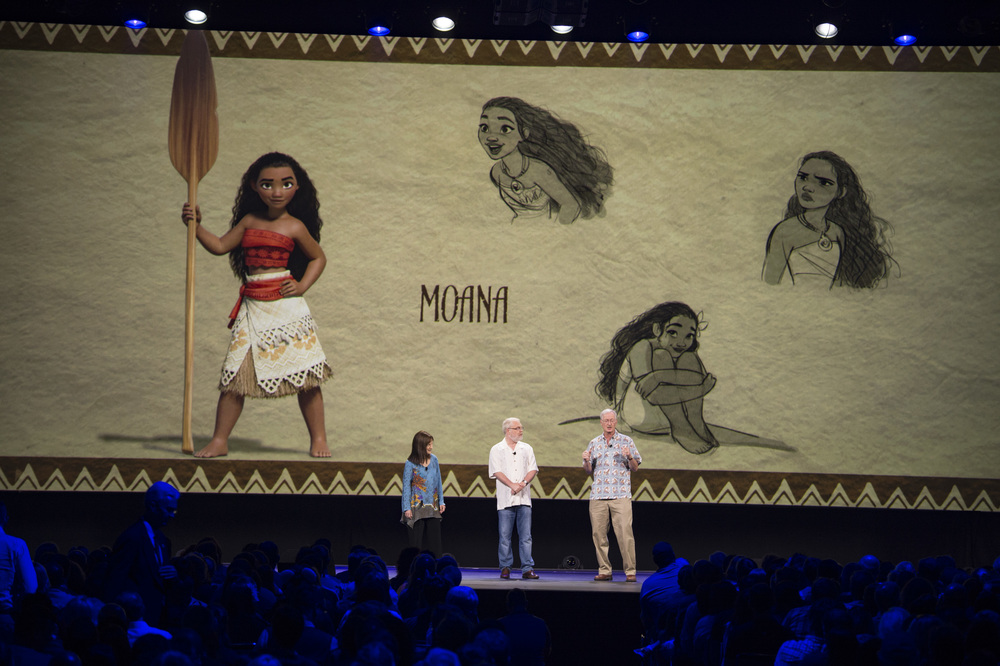 “Moana” introduces a spirited teenager who sails out on a daring mission to fulfill her ancestors’ unfinished quest. She meets the once-mighty demi-god Maui (voice of Dwayne Johnson), and together, they traverse the open ocean on an action-packed voyage. Today at D23 Expo renowned directors John Musker and Ron Clements (“The Little Mermaid,” “The Princess and the Frog,” “Aladdin”), and producer Osnat Shurer (Oscar-nominated Pixar shorts “One Man Band,” “Boundin’”) shared dazzling early test footage and revealed plans for the film’s inspired music and the extraordinary team behind it.

Dwayne Johnson (“San Andreas,” “Furious 7,” HBO’s “Ballers”), who lends his voice to the mighty demi-god Maui also hit the stage. As did Tony-winner Lin-Manuel Miranda (Broadway’s hottest new hit “Hamilton,” Tony-winning “In the Heights”), Grammy-winning composer Mark Mancina (“Speed”, “Tarzan” “The Lion King”) and Opetaia Foa’i (founder and lead singer of the world music award-winning band Te Vaka) who blend their diverse and dynamic talents to help tell the tale of a spirited teenager who sets out to prove herself a master wayfinder.

“Our research took us deep into the South Pacific,” said Clements. “The wonderful people we met there, their rich history and traditions, and their fantastic music changed us forever.”

“We can’t wait to bring those experiences to ‘Moana,’” added Musker. “We are incredibly lucky to be able to work with three amazing artists who are the absolute best at what they do. The sounds they create will be something we’ve never heard before—but it’ll feel like it’s been part of this world forever.”

A lot of character sketches and concept art were shared on the stage during the presentation a D23 expo: 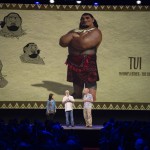 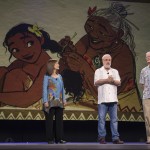 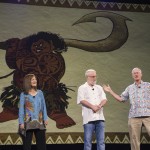 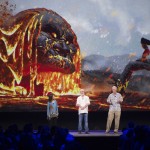 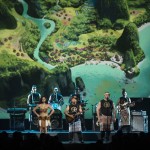 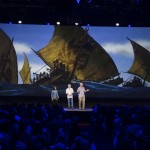 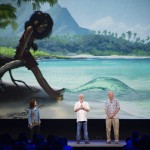 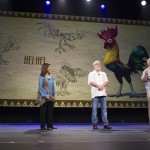 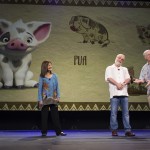 Foa’i and his band Te Vaka capped the presentation with a show-stopping performance illustrating the magic of the movie’s music.