Walt Disney Animation Studios announced another new animated feature at D23 Expo, “Gigantic” will fill the 2018 slot for the studio. Inspired by “Jack and the Beanstalk,” Adventure-seeker Jack discovers a world of giants hidden within the clouds, hatching a grand plan with Inma, a 60-foot-tall, 11-year-old girl.

With “Gigantic”, things are looking up at Walt Disney Animation Studios – way up. “Gigantic,” Disney’s unique take on “Jack and the Beanstalk,” will feature music from Oscar-winning songwriters Kristen Anderson-Lopez and Robert Lopez, who greeted D23 EXPO fans in signature style—in song—alongside director Nathan Greno (“Tangled”) and producer Dorothy McKim (“Get A Horse!”).

“I always wanted to be part of the Disney legacy,” said Greno. “I loved those classic stories brought to life—‘Snow White’ or ‘Cinderella’—in a way that made those films the definitive version for generations. I want to carry on that tradition by bringing ‘Jack and the Beanstalk’ to modern audiences. We’re taking parts of the story we all remember and adding twists and turns, emotion and humor.”

Set in Spain during the Age of Exploration, Disney’s “Gigantic” follows adventure-seeker Jack as he discovers a world of giants hidden within the clouds. He hatches a grand plan with Inma, a 60-foot-tall, 11-year-old girl, and agrees to help her find her way home. But he doesn’t account for her super-sized personality—and who knew giants were so down to earth?

Here’s a bit more concept art from the presentation at D23 Expo today: 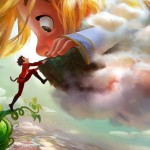 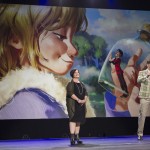 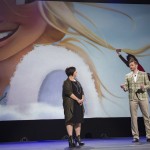 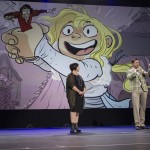 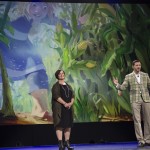 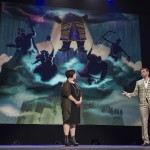 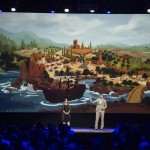 D23 EXPO 2015 – D23 EXPO, the ultimate Disney fan event, brings together all the past, present and future of Disney entertainment under one roof. Taking place August 14-16, this year marks the fourth D23 EXPO at the Anaheim Convention Center and promises to be the biggest and most spectacular yet. (ABC/Image Group LA) DOROTHY MCKIM, NATHAN GRENO

Another film from Disney that has huge potential. What do you think?