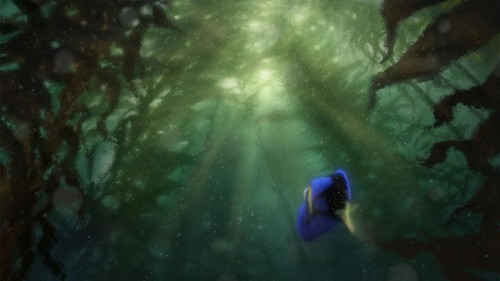 2015 is going to be a big year for Pixar. With two original movies, Inside Out and The Good Dinosaur, us Pixarians are in for a real treat. However, possibly the only Pixar film to overshadow these two new additions is Finding Dory.

The sequel to 2003’s Finding Nemo, Finding Dory will actually not be based around a search for Dory. Instead it will focus on the search for her parents and family. This information isn’t really new. Since this film was first announced this has been public knowledge.

However, recently more information about the sequel has just recently been made known. At The Comic Con Experience in Brazil, the president of Pixar Jim Morris took a moment to give us a small tidbit of information.

It seems that the majority of the film will not actually take place in the ocean but at the Marine Biology Institute of California. It seems that was were Dory was raised and eventually released into the wild. It seems that Dory will have been living with Nemo and Marlin in their reef when on a school trip Dory attends her memory is triggered.

The Marine Biology Institute of California primary focus in the film is a rehabilitation center for marine life. This seems to me to be a tactful change from the original setting of a Marine Life Amusement Park. The setting and ending which was changed after all of the controversy created by the documentary Blackfish.

I think that we can expect a very different film from the first one, mostly because of the different groups of “tank fish”. While Finding Nemo’s tank fish sought to escape from their prison, I think we are going to see a group of fish who are pampered. They are in a rehabilitation center so while these fish are recovering they are obviously going to be getting everything they need. 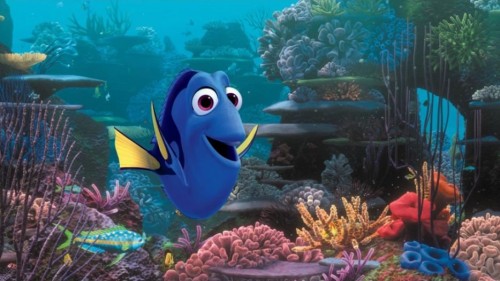 We know that majority of the original cast will be returning. This includes the tank fish that were so eager to make it to the open ocean. In terms of just how big of role each character will play is still up for debate. Although I wouldn’t be too surprised to see Gil trying to “rescue” the rehabilitating fish to only be shot down. After all, would you want to leave somewhere that is essentially a spa for fish?

Along with the original cast, there have been a few announcements of new actors bringing their voices to the sea. Ty Burrell is voicing a funny beluga whale named Bailey. Diane Keaton and Eugene Levy are voicing Dory’s parents. Idris Elba and Dominic West are also said to be joining the cast.

On a side note, there are more than a few grumblings about Pixar’s current film making trajectory. Some people worry that they are relying too much on sequels and prequels instead of the original storytelling that made them so great. Pixar has openly stated that they plan to average “one and half” movies per year. Having an original film every year with a sequel every other. We know that 2015 will bring us two original stories from Pixar. However, with Finding Dory as well as Toy Story 4 and The Incredibles 2 on the horizon, some fans are getting worried.

I myself hope they stay on track with their current plan. Sequels are needed simply because they are safer investments that allow Pixar to create such original films. They can be relied on too heavily though. Simply look at the Cars franchise. While super successful from a sales point of view, critically is a completely different story.

I have faith Pixar will continue to enlighten the minds of children and adults. Just as I have faith in Finding Dory being an original revisit of it’s predecessor. What it all comes down to is whether or not Pixar puts story first and box office second. So far they do and I don’t see this trend changing.