Al Pacino meets with Marvel after seeing Guardians of the Galaxy 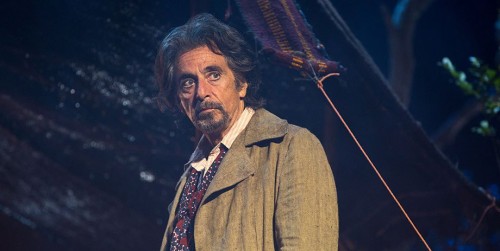 If you haven’t heard of Guardians of the Galaxy you might want to get out from under the rock you have been living under. GOTG took the world by storm by being the breakout hit of the year. Being both commercially and critically successful, it proved for many that Marvel has the Midas touch.

However, one unique piece of news that came out of its success storm is the praise of Al Pacino. The Hollywood icon went to see the film with his grandchildren, possibly even begrudgingly so. After walking out of the theater however, he couldn’t help but praise the film. At this point he made it known that he would be more than willing to star in a Marvel movie.

Well, today on the Happy Sad Confused podcast he revealed that he has met with Kevin Feige. As the Marvel Cinematic Universe architect, Feige knows where Marvel is headed and is directly in charge of making sure everything stays on track. So, if Al Pacino is meeting with him you can bet it’s probably more than a friendly chat. What this all means is anybodies guess but as Marvel continues to build momentum, who else might join the band wagon?

Doing a quick search you can discover that Al Pacino is not alone in his intent to join Marvel. Shailene Woodley and Orlando Bloom have both expressed their interest as well as a few others here and there. It seems going forward Marvel will have no problem in gathering actors for potential casting.