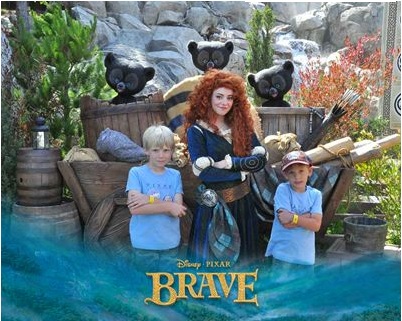 If you’re a fan of cars or the Pixar movies about cars, conveniently named ‘Cars’, then you’ll want to make your way to a a one-of-a-kind exhibit at Los Angeles’ iconic Petersen Automotive Museum. Beginning November 12, 2011 the museum will be celebrating the journey… Read More »Mattel Exhibit Featuring Pixar Cars Die-cast Vehicles Rolls Into Petersen Automotive Museum

Cars 2 being cast as non-contender for Academy Award

Raise your hand if you seriously thought Cars 2 would be an Oscar contender this year. Yeah, right. Me neither. It was a good effort, but lacked the heart and story craft that separated previous Pixar films from the pack. Yet, for some reason the… Read More »Cars 2 being cast as non-contender for Academy Award

Mindless Behavior at Ridemakerz in Toys R Us

Join Prodigy, Ray Ray, Princeton and Roc Royal of Mindless Behavior, the teen boy band whose hit singles include “My Girl” and “Mrs. Right” as they “rock and roll” with their favorite Disney•Pixar Cars 2 vehicles from Ridemakerz. Infusing a passion for authentic car culture,… Read More »Mindless Behavior at Ridemakerz in Toys R Us

In a new story in the New York Times, Pixar chief John Lasseter and director of five movies for the studio, defended the studios 2011 release – Cars 2. When asked if he was pressured by the Walt Disney Company to make a sequel in… Read More »John Lasseter Defends Cars 2

There’s a 2 minute video over on the BBC website with John Lasseter, director of Pixar’s Cars 2 and studio animation chief, talking about the process of making an animated film. Nothing new there really, but interesting how he compares it to ‘live action’ film… Read More »John Lasseter on BBC talks about Making Animated Films and Toy Story 4 Rumors