Let me just say that Cars Land at Disney California Adventure is exactly what you want it to be, except you would probably want more. That’s not to say it’s a small land (after all?). I attended the grand opening of DCA’s newest area, and it was much bigger than I had anticipated. However, it is so fun that it leaves you wanting more, which, if I’ve learned anything from television, is a good thing. 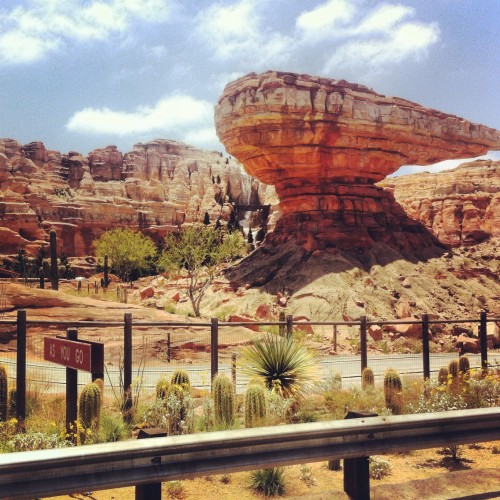 The park officially opened today, June 15, 2012, but my family and I were Disney’s guest at the DCA media day on June 14, which, by coincidence (or is it?) is my oldest son’s birthday (Atticus, 9) and this happened: 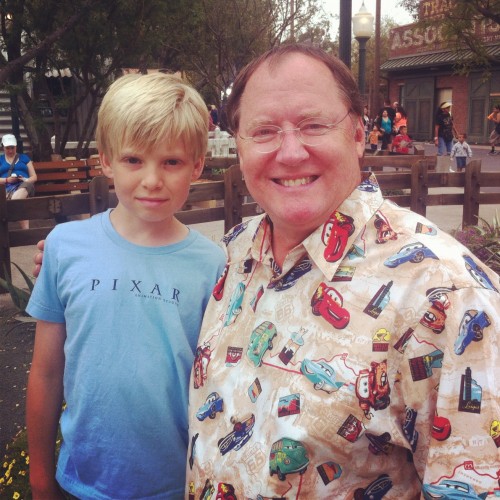 John Lasseter, the busiest man in the park, took a good ten minutes to talk to my family about Cars Land, the new additions to the World of Color show, and just general stuff. Then he insisted, seriously insisted, that my youngest son, Zane, and his “Lightning McQueen red” sweater, also take a photo. They said, “Ka-chow!” I have tons (and tons) of photos, videos, information, and opinions to share with you about the newest additions at the Disneyland Resort, so check back often this weekend! 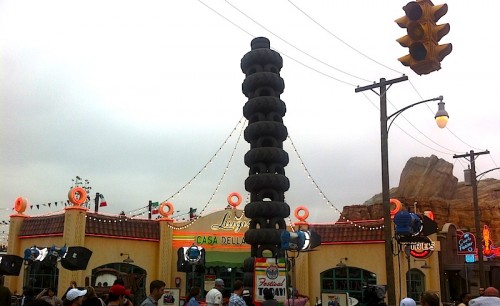 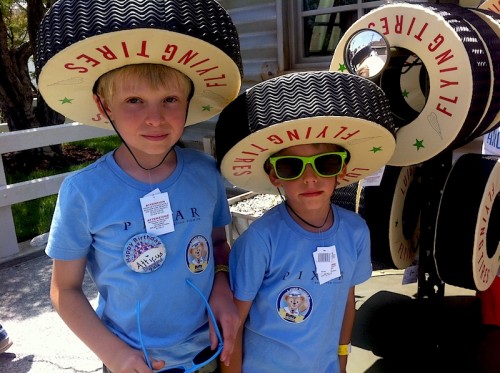