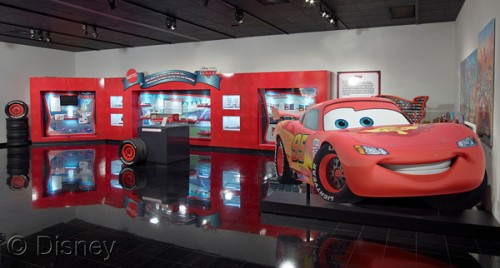 If you’re a fan of cars or the Pixar movies about cars, conveniently named ‘Cars’, then you’ll want to make your way to a a one-of-a-kind exhibit at Los Angeles’ iconic Petersen Automotive Museum. Beginning November 12, 2011 the museum will be celebrating the journey of Disney•Pixar Cars die-cast vehicle collection as built by Mattel. Toys like these have been where the real money is for Disney in its relationship with Pixar, but they really are more than just merchandise. As this exhibit highlights. 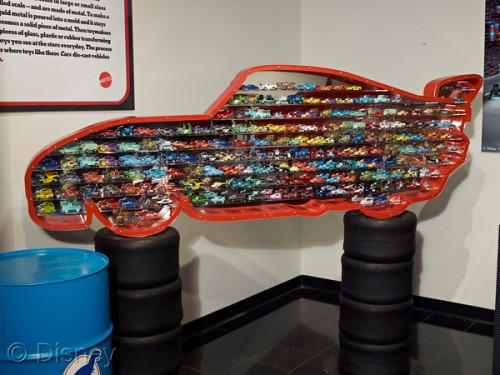 Since the launch of the first Cars film in June 2006, Mattel has produced more than 200 million die-cast Cars vehicles featuring more than 500 unique designs that represent the many beloved characters from the films. This special exhibit, that will be part of the Petersen Automotive Museum’s “Hollywood Gallery,” includes a comprehensive collection of the Disney•Pixar Cars die-cast vehicles and gives Cars fans and collectors an entertaining and informative glimpse into the history of Mattel’s blockbuster toy line.