Cars 2 being cast as non-contender for Academy Award 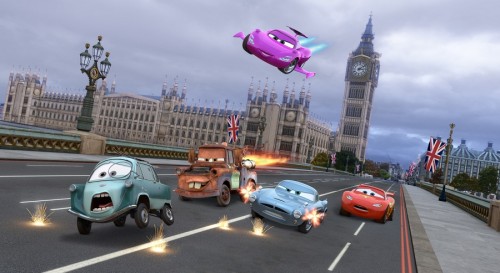 Raise your hand if you seriously thought Cars 2 would be an Oscar contender this year. Yeah, right. Me neither. It was a good effort, but lacked the heart and story craft that separated previous Pixar films from the pack. Yet, for some reason the LA Times felt the need to single out John Lasseter and Pixar for some additional lashing for producing Cars 2.

“Cars 2” may have made $554 million in global box office, but that doesn’t mean Lasseter made a great movie. I mean, Michael Bay could be saying the same thing about “Transformers: Dark of the Moon,” which made more than twice that amount globally but still wasn’t even close to being good, much less great.

In fact, the reviews for “Cars 2” were abysmal, with the film earning a lowly 38% fresh rating at Rotten Tomatoes. Just how lowly is a 38% rating? Put it this way: “Tyler Perry’s Madea’s Big Happy Family” and “Cowboys & Aliens” got higher Rotten Tomatoes scores. It didn’t stop lots of people from seeing the film, but it is bad news for Pixar’s chances of winning the Oscar for animated feature, a category Pixar has won four times in a row and six out of the last eight.

Okay, we get it. With 17 other contenders, including some great foreign films, there’s a good chance Cars 2 won’t even be nominated this year. Yes, something broke down in the usual ‘brain trust’ that helps Pixar produce Oscar contenders. Yes, they know it can’t happen again any time soon. Not every swing has to drive the ball out of the park. But with 11 other animated features, they have 11 Academy Awards on the shelf, 6 of which were for best animated feature. That’s a pretty good track record, that stacks up against the best of the best.

So, please… move on. Let’s bring on the promotion for Brave. So say we all.

Tags:academy awardAnimationawardcars 2disneyJohn Lasseteroscarpixar
previousKermit and Animal from the Muppets get their own adidas Kicks.
nextGo Behind the Scenes as Disneyland Decorates for the Holidays