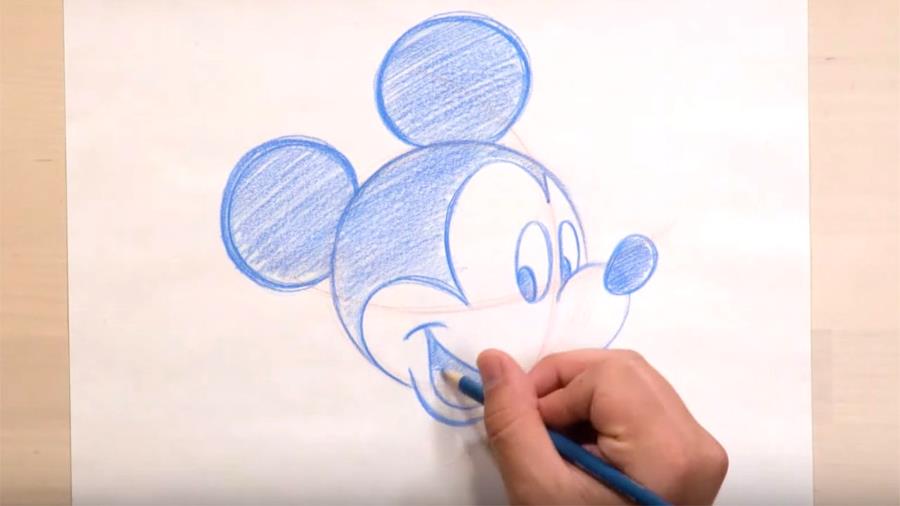 He’s the mouse at the center of it all. Mickey Mouse helped launch the Walt Disney Company in 1928 and has been its corporate icon and a fan favorite since the beginning. Of course his look has evolved of the years. As part of Disney’s “Learn to Draw” videos, character artist Stephen Ketchum is doing a series of tutorials on how to draw Mickey Mouse and Minnie Mouse for their 90th Anniversary.

“All we ever intended for him or expected of him was that he should continue to make people everywhere chuckle with him and at him. We didn’t burden him with any social symbolism, we made him no mouthpiece for frustrations or harsh satire. Mickey was simply a little personality assigned to the purposes of laughter.” – Walt Disney

Follow the instructions in this video to learn to draw the contemporary version of Mickey Mouse yourself:

“When people laugh at Mickey Mouse it’s because he’s so human; and that is the secret of his popularity.” – Walt Disney

Mickey starts with the simplest of shapes, a circle, but out of that drawing comes so much joy and laughter.

“I only hope that we never lose sight of one thing- that it was all started by a mouse.” – Walt Disney