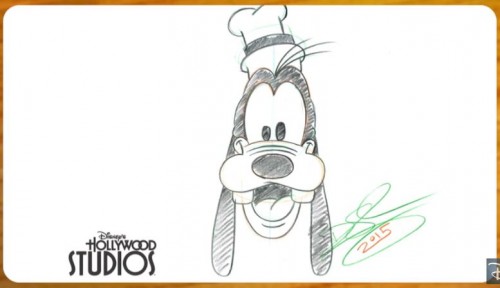 The core Disney characters are known as the Fab Five, Mickey, Minnie, Donald, Pluto and Goofy. They’re about as classic as you can get when it comes to Disney animation.

Now, thanks to this tutorial you can follow at home, you can learn to draw Goofy. This tutorial features Animation Academy character artist Don Shane, who works inside the Magic of Disney Animation building in Disney’s Hollywood Studios:

Previously: More in the “Learn to Draw” series.