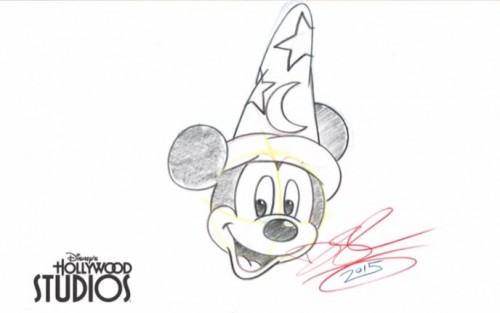 Even after the success of Snow White and the Seven Dwarfs, Walt Disney wasn’t content to rest on his laurels. He set about to create a new form of animation, the concert feature. Combining classical music forms with animation that would push the limits of the artform, Walt created Fantasia. Even Mickey Mouse had a role in the film. He became the Sorcerer’s Apprentice, which is now one of his most popular roles among fans.

Now you can learn to draw Sorcerer Mickey. This tutorial features Animation Academy character artist Don Shane, who works inside the Magic of Disney Animation building in Disney’s Hollywood Studios:

Previously: More in the “Learn to Draw” series.