Learn to Draw Dopey from ‘Snow White and the Seven Dwarfs’ 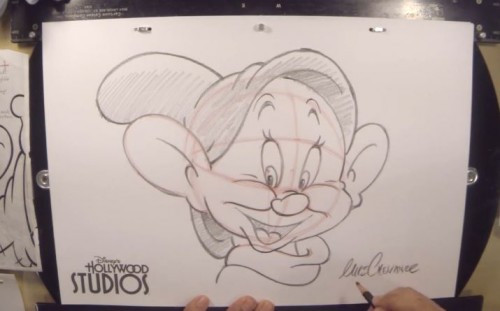 But now, thanks to the magic of YouTube, you can follow along in the lesson from the comfort of your own home or office.

This week Disney shared instructions on how to draw Dopey from the Walt Disney Classic “Snow White and the Seven Dwarfs.” We’re led in our instruction by Character Artist Mike Chovanec.

Did you try it? Let us know how your Dopey turned out.

previousMarvel’s Avengers: Age of Ultron – New TV Spot and Behind The Scenes Featurette
nextIs Disney rebooting The Muppet Show? A pilot episode is in the works