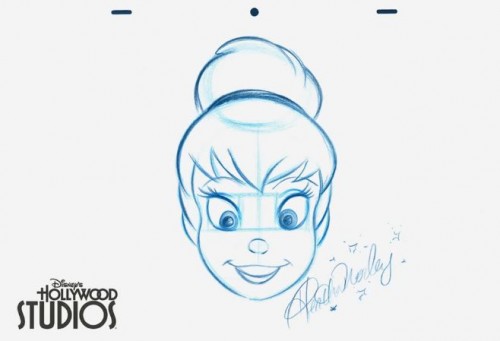 Tinker Bell is the sassy, pint-sized pixie with anger issues from Disney’s “Peter Pan.” She’s also a fan favorite and one the star of her own movie series. So what better way than to celebrate the upcoming DVD/Blu-Ray release of “Tinker Bell and the legend of the Neverbeast” than giving her fans the gift of drawing the character themselves.

Today we’re led by Character Artist Heather Worley from the Animation Academy at Disney’s Hollywood Studios. Follow along as she shows how you can learn to draw the feisty pixie Tinker Bell:

You can learn to draw Tink and other Disney characters in the Animation Academy at Disney’s Hollywood Studios.