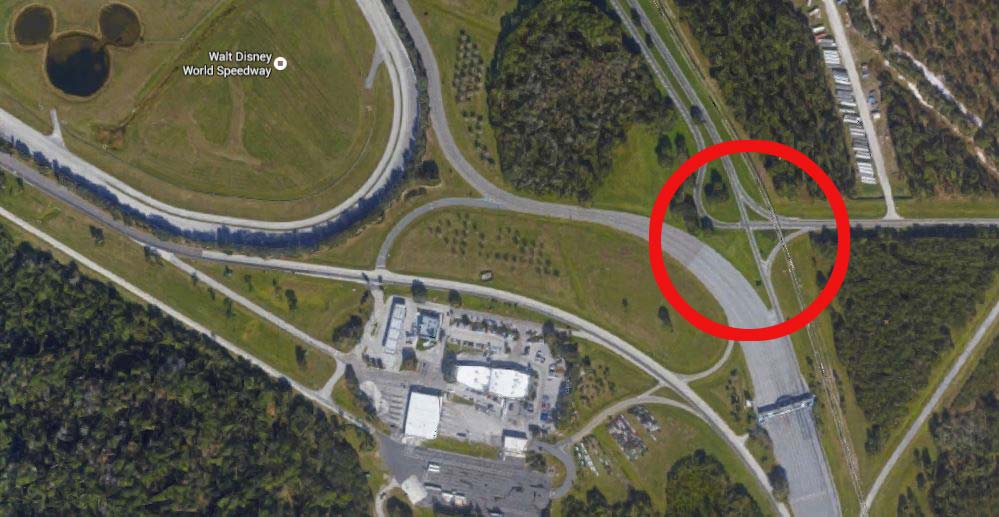 Demolition crews have been spotted on-site at the former Walt Disney World Speedway, which will give way to a much needed expanded parking lot at the Ticket and Transportation Center. But that’s just the tip of the iceberg when it comes to changes to parking and roadways around the resort.

With Avatar under way at Disney’s Animal Kingdom, Star Wars and Toy Story land announced for Disney’s Hollywood Studios, a third Soarin’ theater (with a new film) and a Frozen attraction and meet & greet being added to EPCOT, and attendance levels continuing to peak at the Magic Kingdom, Walt Disney World’s transportation system will have to grow to accommodate all the new guests.

It’s certainly a good problem to have. More guests means more money. But if they’re all stuck in gridlock and can’t get into your parks to spend money, then you have a problem. So Disney has a number of projects underway to eliminate some choke points around the resort.

Here are 5 more projects to keep an eye on and what they mean for your next Disney vacation:

Magic Kingdom Resort Loop flyover. A new flyover will let guests visiting the Magic Kingdom area resorts, skip the Magic Kingdom toll plaza. A fix for this intersection has been needed for some time. This should be a big help when its done, but there might be some headaches in the meantime. So drive carefully.

ESPN Wide World of Sports entrance flyover. The intersection of Osceola Parkway and Victory Way is right at the entrance to ESPN Wide World of Sports Complex. It will allow Osceola traffic to continue without a stop and will also greatly aid getting traffic onto Victory Way. The reasons that’s good is there is a rumor Disney’s Hollywood Studios’ main car entrance to be relocated to Victory Way as part of the Star Wars expansion. Could this be a sign that re-alignment rumor is true?

Western Way expands to Avalon Road. Western Way is known as the back entrance to Disney World for all the residents who live in North East Orlando and along the 27 Highway. Lengthening it to reach highway 545 (aka Avalon Road) will make it useful for more guests. Many of those guests will be coming from the Flamingo crossings development. Currently two hotels are planned, but Disney recently purchased a huge section of land between Disney and the 545. The new Western Way will bisect that land. This land has been rumored to be a potential 5th gate, but I suspect it will just be another development like Flamingo Crossings. Although I’d love to be proven wrong.

Center Drive bypass. Speaking of secret entrances to Disney World, For years Reams Road was just that. Alas, the secret is out. With thousands of houses recently added to the area just north of Walt Disney World, Reams Road has become very congested. Disney will add a bypass to Center Drive which should help reroute some of this traffic giving locals some relief.

Disney Springs roadwork. Of course, the mother of all transportation projects at Walt Disney World right now is Downtown Disney. With two parking garages, a ramp direct from the Freeway and Lake Buena Vista drive into the larger of the two parking lots, and significant road improvements. This project will go a long way to eliminating the number one complaint about Disney Springs right now, all the traffic. Expect the freeway off-ramp to open in October and the Lake Buena Vista cross-over entrance into the parking garage to be ready in September.

There’s a lot going on to improve the transportation infrastructure at Walt Disney World. I’m sure there are projects on the drawing board we’ve never heard of too. If you could wave a magic wand and fix WDW’s transportation issues, what would you build?