When you’re having your most successful year ever, it’s okay if you revel in your success just a bit. Disney Television Animation (TVA) has chosen to celebrate their best year ever by elevating several employees including four key executive appointments.

Marsh said, “Through Eric’s selfless leadership and firm grasp on every aspect of storytelling, Jonathan’s extraordinarily collaborative style, and Shane’s incredible artistic talent, the TV Animation team, led by some of the most innovative minds in the animation industry today, is poised to continue delivering the highest quality creative content.” He continued, “We’re thrilled to welcome Bonnie and Aaron to our Production and Development teams to expertly manage the complexity of TVA’s productions, both in development and on air, as we continue to expand our content slate.”

Eric Coleman will lead the TV animation studio as it embarks on a diversified slate of programming. He will continue to lead Disney’s animated television development, casting and music for series seen on Disney Channel and Disney XD. Coleman has spearheaded the development of the Emmy and Annie Award-winning “Mickey Mouse” cartoon shorts and “Gravity Falls” and new series “Star vs. The Forces of Evil,” which with its recent premiere became Disney XD’s #1 most watched animated series debut ever in Total Viewers. Coleman will continue to report to Marsh. 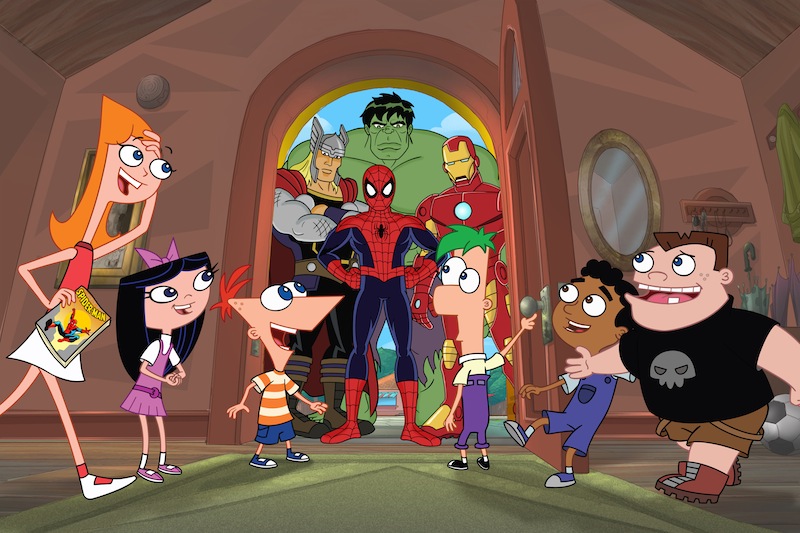 Jonathan Schneider, who joined Disney Television Animation in 2010 as Director, Development and most recently served as Executive Director, Development, will now be responsible for developing and implementing strategic direction and optimizing business operations across the television studio. He will continue to report to Coleman.

Aaron Simpson joins Disney from Mondo Media where he served as Head of Development and executive-produced Fusion TV sketch series “Like, Share, Die.” He has also produced animation for Warner Brothers, Kids WB, Jib Jab and Sony, and is founder of popular animation websites Cold Hard Flash and Line Boil. In his new role, Simpson will oversee all development activity, both long and short form, manage the development team and work closely with current series in order to ensure a smooth transition of each property from pilot to production. He will report to Coleman.

Shane Prigmore, who joined Disney Television Animation in 2014 to develop and act as Co-Executive Producer and Creative Director on “Tangled,” the TV studio’s upcoming series based on Walt Disney Animation Studios’ acclaimed feature film, will now provide creative input across multiple departments including development, current series and production to spearhead the TV animation studio’s efforts to further expand its roster of world-class artists. An Annie Award-winning character designer, Prigmore’s credits prior to Disney include “The Lego Movie,” “How to Train Your Dragon,” “Coraline” and “The Croods.” He will report to Coleman.

Bonnie Lemon joins Disney from DreamWorks Animation where she most recently served as production executive on feature films including “Kung Fu Panda 3,” “How to Train Your Dragon 2″ and “The Penguins of Madagascar.” In her new role, Lemon will manage both in-house and outside productions across the Disney Junior slate, streamlining the process from development through post production. She will work closely with key executives, department heads and creative teams and will report to Lisa Salamone Smith, Senior Vice President, Production for Disney Television Animation.

We wish the new appointees luck and continued success at TVA. Keep up the good work!