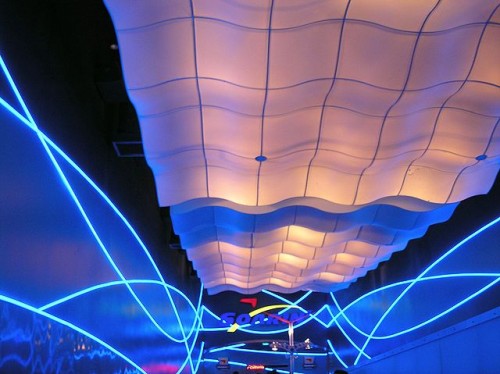 We’ve heard the rumors for months, and plans were filed last year that indicated changes were coming, but nothing was official until today when Disney announced changes coming to Soarin’ in EPCOT’s Land Pavilion.

The number of theaters will be expanded to three while all three theaters will get upgrades to the screens and digital projection systems. A lot has changed in digital movie technology in the last 15 years when Soarin’ first opened at California Adventure, so hopefully we’ll get all the benefits of that.

We’re also expecting a new film to debut when the new theater opens, but that’s still just a rumor. There’s also been some speculation that a new entrance will be added to Soarin’ separating Fastpass+ users from Standby.

Soarin’ is one of the most in demand attractions at EPCOT, probably because it’s one suitable for almost everyone in the family. Therefore the lines are long and Fastpass+ is almost mandatory.

A third theater should help with that. It’s expected to open some time in late 2016.