Like a super hero who is trying to be everywhere at once, runDisney is adding a new half-marathon to the line up. The Avengers Super Heroes Half Marathon will debut November 14-16, 2014 at the Disneyland resort in Anaheim, CA. The new three-day race weekend… Read More »Comic Book Heroes To Run at Disneyland – Avengers Themed Super Heroes Half Marathon Coming This Fall

Marvel’s The Avengers: Age of Ultron Begins Shooting in South Africa This Week

Marvel Universe LIVE! is a new live show that will feature the most Marvel characters ever assembled in one production, and details have now been released as to the show’s storyline.

The story centers around the battle over the Cosmic Cube, the source of ultimate power and one of the most feared and coveted treasures in the Marvel Universe. It has been shattered into pieces by Thor to prevent it from falling into the wrong hands, but his villainous brother Loki devises a scheme to clone its powers, inciting a threat that could obliterate the Universe.

To defeat Loki, Marvel’s biggest super heroes including The Avengers — Iron Man, Captain America, Hulk and Thor — along with Spider-Man and Wolverine, must band together to retrieve the Cosmic Cube fragments and unite them.

As the super heroes track the Cube, they will encounter some of their biggest adversaries including Green Goblin, Doctor Octopus, Red Skull, Madame Hydra, Aldrich Killian, Electro, and more in the quest for the very same fragments.

Whew! Sounds intense and a lot of fun to watch. To bring this plot to life, Marvel Universe LIVE! will feature aerial stunts, pyrotechnics and state-of-the-art show elements that will bring movie style special effects to the live arena show.

Here is a short video from Marvel detailing the creation of the show:

Produced by Feld Entertainment (who produce arena shows as varied as Disney on Ice and Nuclear Cowboyz), the show is currently scheduled for an 85-city 2+ year tour, starting with Tampa in July 2014.

A list of confirmed dates for the first leg of the North American tour is below:
Read More »Tour Dates and Story Details Released for Marvel Universe LIVE! Arena Show

Marvel’s stable of award-winning actors grows with the recent addition of Michael Douglas to the cast of Ant-Man. Douglas will play Hank Pym, who first appeared in “Tales To Astonish” #27 (1962), opposite Paul Rudd, who will play Scott Lang, whose origin was in Marvel… Read More »Michael Douglas Joins Paul Rudd in Marvel’s Ant-Man Movie 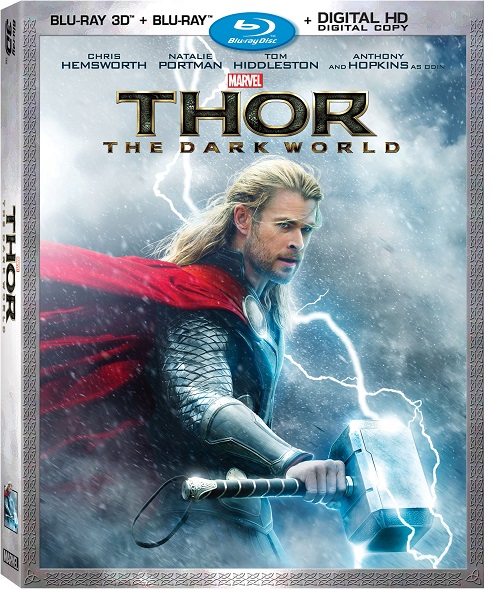 If you haven’t seen Thor: The Dark World

, yet, you might want to bookmark this for future reading. I’m about to discuss something that happens toward the end of the movie, so you’ll want to see the film first.

If you’ve seen Thor:TDW, there are two credit scenes. The first one is a mid-credits scene that serves as a lead-in to Marvel’s upcoming feature film, Guardians of the Galaxy (due in theaters August 1, 2014).

Sif and Volstagg meet with The Collector to give him the Aether. Surrounding the exchange are glass boxes with various aliens and other collectibles. One of these glass boxes contains a huge cocoon. 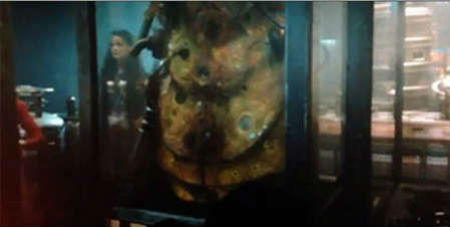 It looks suspiciously like Marvel dropped a small Easter Egg in the form of Adam Warlock, who is a key character in the Thanos storyline.Read More »Does Thor: The Dark World Tease Adam Warlock Reference? [Possible Spoilers]