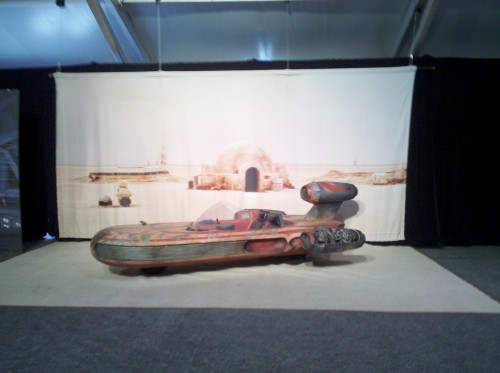 Disney has announced what looks to be a nearly full roster of Star Wars Celebrity guests for the 2012 Star Wars Weekends at Disney’s Hollywood Studios.

Every week has at least one voice actor from Star Wars: The Clone Wars. But only one week features an actor from the original series (Episodes 4-6). Have they all moved on to other things in their lives, or is Disney just not offering a sweet enough honey pot to attract the talent.

Also, while on screen talent is great. Where are some of the technical geniuses that made the original Star Wars, created the special effects, or compose the music. We fans appreciate everything that goes into creating these masterpieces.

Those quibbles aside I like that there are more than two celebrities every weekend and sometimes four. There are also some new faces, which will help us return visitors to learn something new.

Disney also released a few details about the other entertainment. Good news is that “Hyperspace Hoopla” will return to the stage on Hollywood Blvd. Many more guests can see the show this way. A fastpass system will be used for celebrity autograph. Just remember the number of fast passes are limited and will be exhausted early in the day.

Myself, I enjoy the panel discussions and other encounters. Definitely looking forward to seeing the full schedule when it is released. What is your favorite part of Star Wars Weekends?