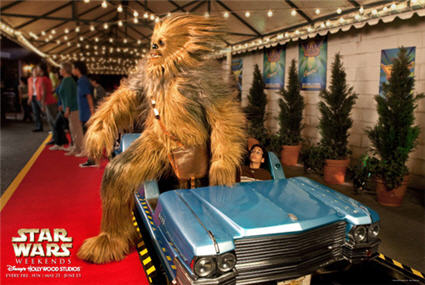 It’s the same television ad every year, but it’s still cool. Plus this year there’s a #SWW2012 hashtag we can all join in.

Of course, I’m also a bit partial to the ad I filmed for last year’s grand opening of Star Tours 3D.