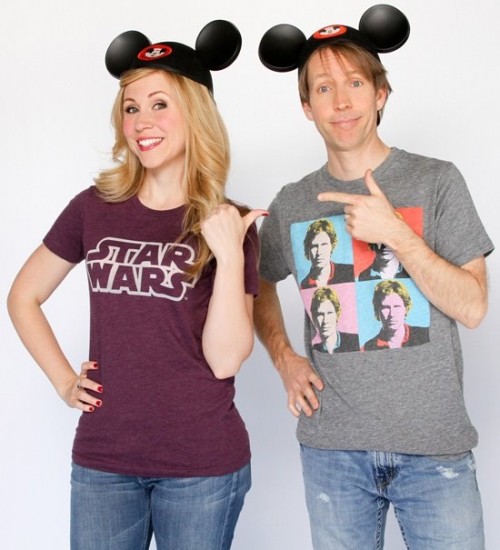 Star Wars Weekends at Disney’s Hollywood Studios are fast approaching their May and June dates and Disney has just released the names of the event celebrity hosts. 2012 sees the the return of Ashley Eckstein and James Arnold Taylor for the length of the festival. Eckstein provides the voice of Ahsoka Tano and Taylor voices Obi-Wan Kenobi for the popular animated series – Star Wars: The Clone Wars.

It looks like SWW will continue to place a lot of emphasis on Star Wars: The Clone Wars animated series. That makes sense since it’s the only Star Wars show currently on TV. However, Disney ignores the fans of the classic movies at their peril. Those are the parents who make the travel decisions to visit Walt Disney World during this event and their attendance will wane if they’re not seeing celebrities and special activities that match their desires.

What is a bit frustrating is that the celebrity guests have still not been announced. Guests who want to see specific celebrities from Star Wars’ past have to wait to make air, hotel, dining, and transportation reservations until those lists are published. The longer Disney waits, the harder to get and more expensive those reservations get. We’re already under 60 days to the first weekend, 90 days would be the bare minimum and 6 months preferable (which Disney acknowledges since that’s when you can first make dining reservations.)