An Analysis of the Disney Parks Blog 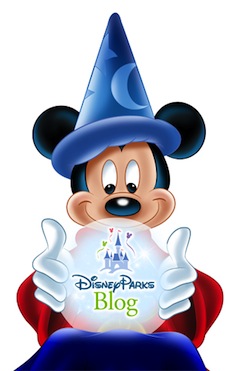 A couple months ago, John wrote a brief post titled “how well are Disney Parks doing on social media?” He concluded in the end that “Disney has not successfully figured out how to use social media to aid its in park and resort guests.” And I agree, for the most part. But I wanted to break this down even further and look at how well the Disney Parks blog is doing.

The blog launched in September, 2009 and has since grown leaps and bounds, with thousands of posts on a variety of topics.

Disney has experimented with many types of content, including video, pictures, and even a live chat with an Imagineer. The blog is updated several times a day on any number of topics from volunteering to cast member profiles (which I love.) The downside of this is that content and categories have become somewhat muddled. (Not quite sure I understand what qualifies a post to go under the “Disney Differences” category.) As a side note, I wish they’d give stories about Disney Cruise Line and Disney Weddings their own separate homes on the web.

But once you sift through to find the content you actually want, it’s truly great. Posts like “H2O to ‘Oh Wow!’: Custodial Cast Members Wow Guests With Water” remind us of the magic of Disney, while posts like “Behind the Music of Cars Land at Disney California Adventure Park” give dedicated fans a glimpse behind the curtain of what goes into creating the atmosphere of the parks. It does take more than just content to create a good blog, though, and Disney gets a majority of this right. A lot of the “back end” things that add to the blog are well kept, like descriptive tagging and optimized social sharing buttons. They even have a clearly displayed comment policy, which you can see to the right. While I applaud the presence comment policy, (and completely understand the need for Disney to moderate comments), I think moderating them after the fact can be a turn off. Instead, Disney should implement a platform like Disqus or Livefyre that links a person’s comment to a selected social network (like Twitter or Google) thus decreasing the chance that they will post something inappropriate, while automatically filtering for spam and selected profanities.

On a final note, everything that goes on the blog feels very corporate. As much as the authors put humor, wit, and emotion into the things they write, everyone knows that the posts have gone through the Disney filter, making sure every word is in tip-top shape. Disney should grow their blog by opening it up, allowing guests to tell their stories. My favorite things to read on Disney fan blogs and message boards are always the little stories of what makes a trip to Walt Disney World or Disneyland so magical. (I can remember a favorite thread of mine on WDWMagic about a girl leaving her stuffed animal behind at the hotel. A few days later, her stuffed animal arrived back at her house, along with pictures of it “hanging out” all around the resort.) Other posters replied saying THAT is what makes the Disney Difference. I would love to see the Disney Parks blog share little moments like that.

For further reading, check out my analysis of how the Disney Parks blog stacks up against the blogs of SeaWorld and Universal Studios.

4 thoughts on “An Analysis of the Disney Parks Blog”