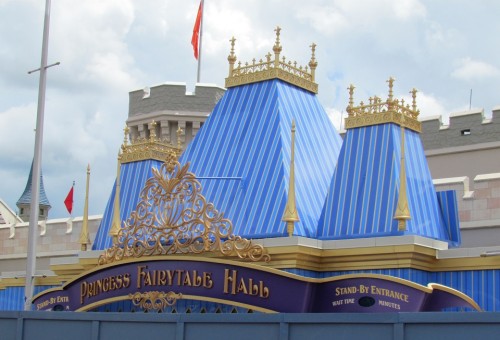 Yesterday we looked in on the progress of the Seven Dwarfs Mine Train, the last piece of New Fantasyland and scheduled to open sometime in 2014. But before that day arrives, there’s one other element of the New Fantasyland changes that is set to open. Disney’s Imagineers have been working on changing the interior of the Princess Fairy Tale Hall from it’s incarnation of Snow White’s Scary Adventures into a space worthy of a queen, or princess in this case.

The hall, which is set to open this fall, will be the home to two Disney Princesses, Cinderella or Rapunzel, to start. Each accessible via a separate entrance. Each princess will also have a special guest, usually another Disney princess.

This week Disney’s Imagineers started installing some of the exterior elements of the meet and greet. More photos below the jump: 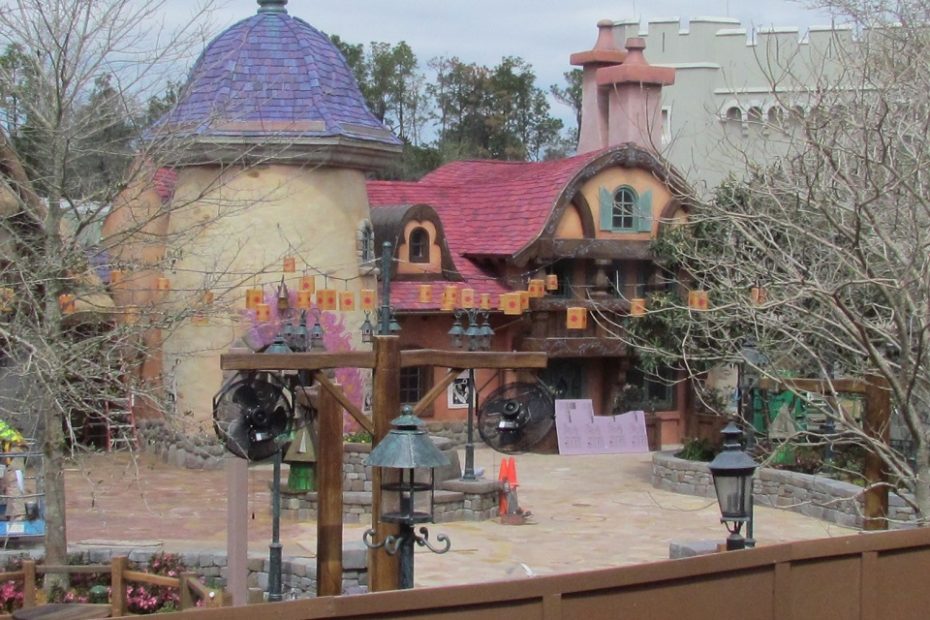 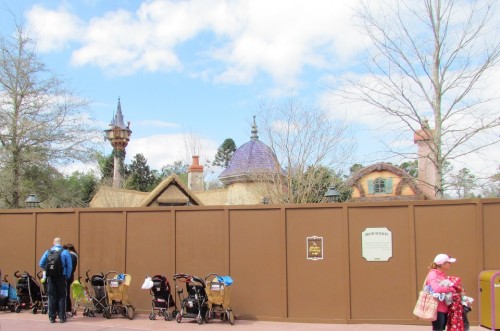 It’s time to take a look at the progress made on the next major expansion of Fantasyland – The Tangled Toilets. Since we last checked in, they’ve added many more details from the films, some trees, benches, and mist fans for that cooling effect while you wait. In fact it’s beginning to look like the Fantasyland equivalent of a highway rest area.

Come below the jump as we look over the wall at a much needed improvement to the guest flow and restroom availability in this corner of the Magic Kingdom.

March 12th has been announced as the official opening date for Fantasy Faire, the princess meet and greet expansion of Disneyland’s Fantasyland. Two of Disney’s princesses just couldn’t wait and stopped by for a visit and a photo shoot. 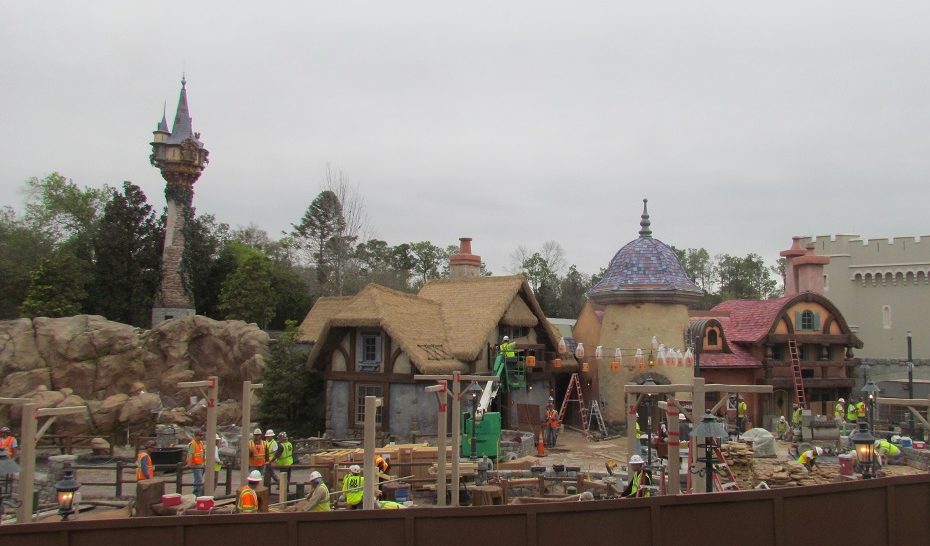 It might take some amazing self-control but you’ll still have to wait a bit for the next big attraction to hit the Magic Kingdom. Yes the Rapunzel restrooms are nearing completion. We have new photos showing how much work has been done in the last few weeks. There are lanterns, new pathways, and, of course, the tower from the movie Tangled. Our February Master Tweeter is…

We had a great time this past Friday tweeting about Tangled. Lots of laughs and re-tweets happened over the course of the 100 minute movie. It was tough to make a decision, but this month’s Master Tweeter is… I feel like she should brush her… Read More »Our February Master Tweeter is… 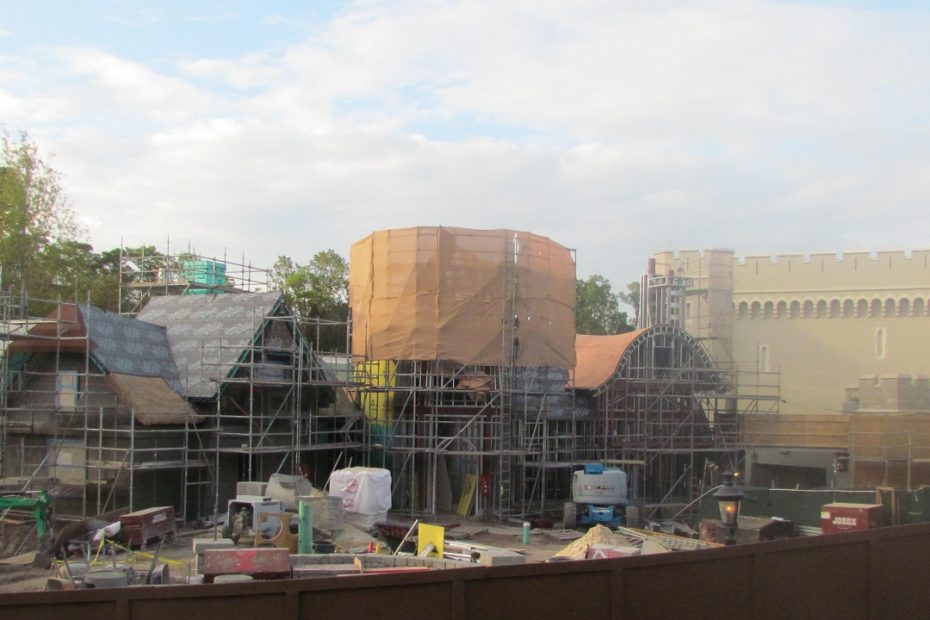 It hasn’t been officially announced, but it’s a generally accepted rumor that the new Fantasyland bathrooms that are moving in next to ‘it’s a small world’ in the old Skyway station location, will be themed to the medieval village featured in Disney’s animated feature Tangled.… Read More »Rapunzel’s Village at the Magic Kingdom – An Update

Inside the Animation Process: Gothel & Rapunzel Building A Shot

Disney animator Jamaal Bradley (alas, now at Dreamworks) created a video to show how a scene comes together. In this case a snippet of “Mama Knows Best” from Rapunzel is first shown in final render, then broken down step by step to show the process… Read More »Inside the Animation Process: Gothel & Rapunzel Building A Shot