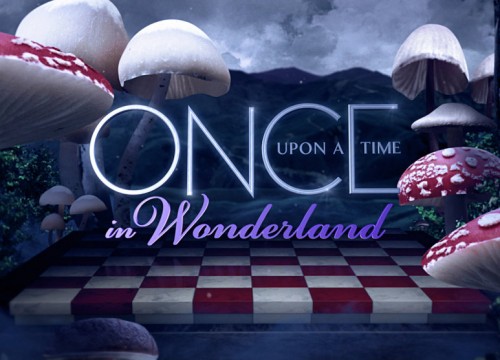 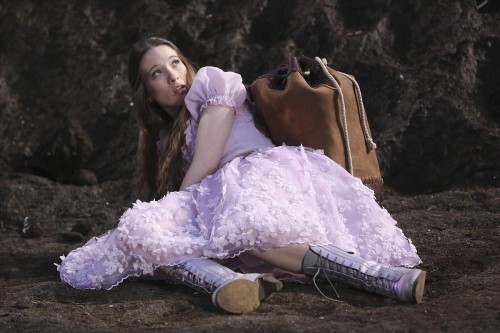 Or so she thinks.Read More »Once Upon a Time in Wonderland Pilot Preview

Once Upon a Time in Wonderland Spins Off Into Fall Series

ABC’s most popular series of 2012-13 is the fairytale inspired Once Upon A Time. It’s been know for sometime that Disney would attempt a spinoff of the series and now the first trailer for Once Upon a Time in Wonderland is here.

The show will air Thursdays, 8:00-9:00 p.m., ET/PT. Here’s the full description:Read More »Once Upon a Time in Wonderland Spins Off Into Fall Series

Early Season 3 Once Upon a Time Casting Change

The season finale of Once Upon a Time was just this last Sunday, and we already have some news on the cast. It even answers the question of where Red/Ruby was during the group scenes Sunday night.

It seems that Meghan Ory will not be part of the main credits cast this next year. She has landed a part of the new CBS show Intelligence according to TV Guide. There, she will be co-starring with Lost alum Josh Holloway and CSI alum Marg Helgenberger.

Somehow, I missed that bit of casting news when I was looking at the news shows for next season. While it does explain the mystery of where her character has been, I’m sad to see her go. I loved the character and how she interacted with the rest of the cast.

Read More »Early Season 3 Once Upon a Time Casting Change

Once Upon a Time 2-22: And Straight on ‘Til Morning

Somehow, I had forgotten that they were advertising the season finale of Once Upon a Time as devastating. When I was reminded of that tonight, I started to worry. What were they planning to do to the characters and therefore to us?

Fortunately, it wasn’t as devastating as I had feared. But it certainly is going to be a very long summer until it comes back.

As always, let’s start with our flashback – this time completely in Neverland.Read More »Once Upon a Time 2-22: And Straight on ‘Til Morning

Once Upon a Time 2-21: Second Star to the Right

I’m out of town with family right now, so I just got a chance to watch last night’s new episode. I have just one question. Is it next week yet?

Much like last season, they have absolutely left us hanging, and I can’t wait to see how this gets resolved. Something tells me I might not be that happy about it, but I need to know and I need to know now.

Let’s start in the past, say London of 100 years ago, because that’s where our flashback took place. (And can I say I don’t like what I think they did to one of my favorite characters.)Read More »Once Upon a Time 2-21: Second Star to the Right

“The Queen is Dead. Long live the Evil Queen.” So says Regina at the end of our flashback to the Enchanted Forest. And that part of the episode finally filled in a gap of her back story we’d had yet to see. And in Storybrooke? Oh boy, are things out of control.

But let’s start in Enchanted Forest.Read More »Once Upon a Time 2-20: The Evil Queen

We are counting down to the season finale. After tonight, that’s three episodes in a row, including the finale. And we’ve been promised answers before the end of the season for some of the biggest questions haunting us. We didn’t get them tonight, but boy are things in a tangle. Just when I think it can’t get any worse, it does.Read More »Once Upon a Time 2-19: Lacey