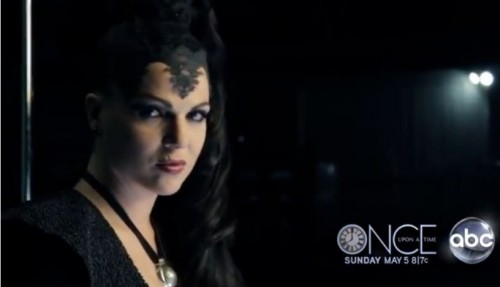 “That’s the Evil Queen!” guests enjoying the Walt Disney World may have exclaimed after stumbling upon the villainous presence from ABC’s “Once Upon A Time” as she explored “New Fantasyland” at the Magic Kingdom. Fans of the hit ABC show witnessed the Evil Queen plotting her evil agenda for all of the Disney Characters in this happy new land.

In the following video we hear from Lana Parrilla who plays Regina Mills and The Evil Queen on ABC’s “Once Upon a Time,” as well as cast and crew on what it was like the day the Evil Queen made it known—she’s got New Fantasyland in her sights!

Watch ABC’s “Once Upon a Time,” Sunday, May 5th at 8I7c to see what happens when The Evil Queen pays a visit to New Fantasyland™ in the Magic Kingdom® Park at the Walt Disney World® Resort in Florida.

Watch on May 5th then come back and join in the discussion as we recap the episode.