(Laughs) Isn’t it great?! I was so honored to be Bové-ed. 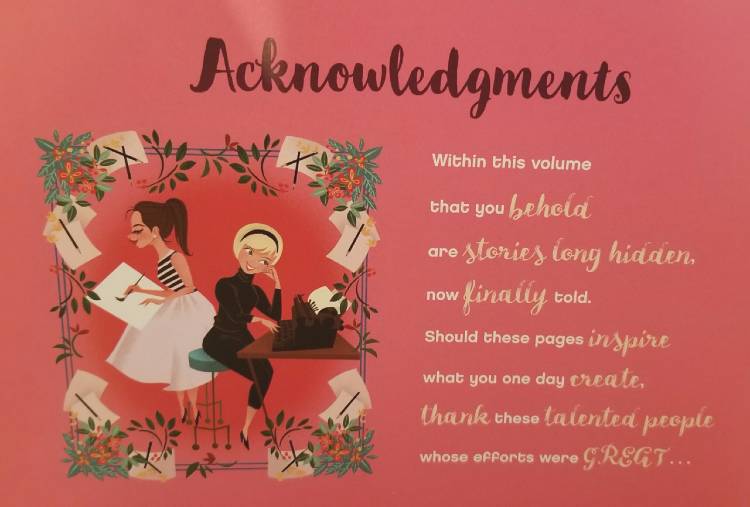 Oh gosh. That is a tough question because each story is so individual and so different. I wanted to make this a very inspirational book. Each one holds a special place because of their remarkable accomplishments.

Certainly Mary Costa’s story is really something. She is a dear friend and a tremendous inspiration to me. It was also an honor to put Mildred Rossi’s (Milicent Patrick’s) story back into the Hollywood fold. She deserves to be lauded and celebrated and she sadly never knew that in her own lifetime. Her work with designing the creature from The Creature from the Black Lagoon was overlooked for decades. As a woman she was never given the proper credit she deserved in designing that creature and many other creatures she had designed at Universal Studios. As a woman doing that kind of work in that day and age, she had a tough time, but she was so talented and I think her looks in many ways seemingly discounted her credibility because other often think, “Oh no, a woman that pretty could never do anything like that!” Those kinds of tropes that just don’t apply.

Gyo Fujikawa’s story of her family being interned during WWII and Walt moving her to New York and looking out for her is also powerful. For Gyo to go from that experience to breaking ground as an illustrator and leading through her art to heal this country is also a story that needs to be told.

Many of these women were honored by Presidents and yet we don’t know about them. Choosing one is impossible. They all have incredible, remarkable, dynamic stories that deserve the limelight. We’re all richer because we now know their stories.

As I mentioned earlier, the fact that history is not recorded, preserved, written about or archived from a female perspective or to include women is a real challenge. Though, what is great is that institutions like the Smithsonian and the Library of Congress are now adding experts in women’s studies and in the history of other underrepresented groups. The new African-American Smithsonian experience is a tremendous example of that. I think the more we can explore and gather that wider sense of who we are today, the easier it will be to do historical work in the future.

Also, some people don’t want you digging into their past. So, you have to be diplomatic in working with family members who either had a challenging past or just have no interest in it, especially where the story is vital. Similarly, I’m on the trail of a couple of exciting potential discoveries that will, again, completely game-change what we thought we knew, but the records are just not revealing themselves at this point. So, I’m hoping that in time things will come to light, things will come to surface.

It is also challenging in the sense that the work is not complete. What you see in Ink & Paint is a giant jigsaw puzzle which still has pieces missing. The book showcases only what had risen to the surface at that point, and it is woven together to give you a sense of what got us to where we are. But there are still new discoveries and still new pieces to find and then put into place.

Writing can be tough financially – that’s the biggest challenge because you have to keep a roof over your head and writing books does not necessarily pay well.

Travel and distance can also be a bit of a challenge. Thankfully we can telephone, but there are collections you need to travel to and physically review because even when we research, we all have a bias. For example, there were collections I needed to get to at the National Archives and at the Library of Congress, which were peripheral but yet integral to what I’m doing. I talked with many colleagues to ask, “You’ve been through this material – was there anything about this woman, or this and this?” and their response was, “Oh no, not a thing.” Well, these were men and they weren’t looking for, or receptive to, what I was looking for. So, by hook or crook I was going to review the records myself.

I did just that, and everything I needed and more was in there because I knew what I was looking for. I was a woman going in and looking for women and their work and what was going on to unlock these stories. So, there is a difference and it takes a difference. You’re the one going in with the learned eyes and all that you bring to it so you know what to find. Your work and your research will enable you to unlock more than perhaps what a family member or even an archivist might because you’re the one doing the deep study on it – you’re oftentimes educating them on what they have and what it is that is so significant that they’re preserving.

Oh, absolutely. just last week, I was over at the Motion Picture Academy. Their archivists called to say, “We’ve got some footage from a film that has early animators, can you come in and help us identify people?” I was able to pull together what I had in my database thus far and called a couple of people including one woman who was animating during that timeframe that nobody knew about (she’s in her 80s) and she sat down and said, “I knew that guy. Yes, that’s him.”  By the three of us coming in with our collective backgrounds, we identified a good dozen or more people on the film which is a tremendous amount of historical information now unlocked.

Exactly. It’s very sad that we’re missing out on these details and first hand accounts, but you just have to keep exploring. That’s the trick. That’s what keeps it exciting – it is such an ongoing path that you just keep exploring. 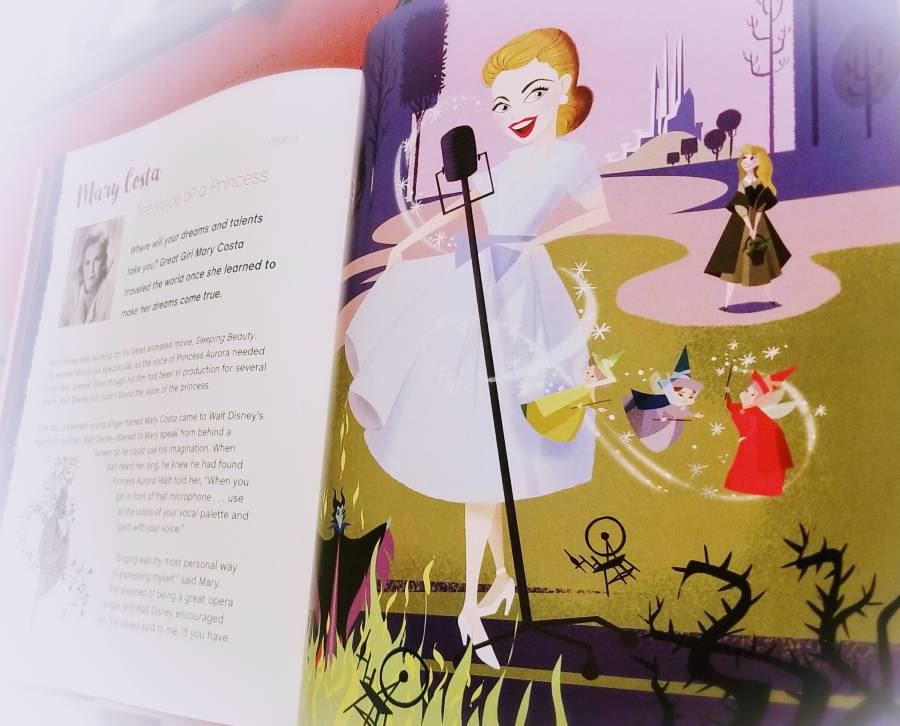 It is an exciting subject and surprisingly quite diverse – there is a lot to explore here. Many of us with experience have been doing substantial, incredible work. It’s a big field and there are more and more people doing it. I think overall, accuracy is key.

We sometimes see a lot of people falling short with their work because they are uninformed or otherwise don’t have an understanding of the industry, the production process, the people involved, the development of the company, etc. So, the end-product ends up being very piecemeal, which is frustrating because it perpetuates the wrong information and extends ill-gotten and outworn myths that we are working to correct.

There’s a need for good, learned, knowledgeable writers. I’m the Vice President of the Hyperion Historical Alliance, which is a vetted group of collected authors, experts, writers and legacy people who worked at the Company. Even those of us within this carefully curated group make new discoveries, which transforms our previous knowledge. We’re still looking for answers and making discoveries all the time.

It is so important to have and maintain a keen interest. I encourage anyone with that interest to continue studying and exploring because history is fascinating. I think it was Harry Truman who said, and I’m paraphrasing, “the only thing new is the history we don’t know.” It is very true. When we look back at our collective past, there are still so many stories and so many things that we just don’t know about. And we’ve been told this – I think this is where unconscious bias established. It has been this one-sided approach to our collective past. But we’re a much richer society with a much wider tapestry of who we are and how we got here. So, it’s important to think peripherally when you’re looking back at our collective past and look for the women and other underrepresented groups. They’ve been in the room; they’ve always been there in some capacity. Find them. Get their stories as well.

Thank you! I’m very thrilled. It is a tremendous honor to have your peers recognize the importance of the work. I was just wrapping up Pencils, Pens & Brushes and it took time for people to understand how women were a part of the industry from the beginning, how important it their contributions were, and how nothing has been done to document it. I’m still pinching myself. It is also exciting because I think this is the second time this award has been given for an animation-based project and the first time a woman in animation has received it.

Patience, which I still struggle with (laughs); having a sense of humor about it all; perspective; and not to forget the joy of what you’re doing. Find the joy; keep the joy. I think that’s true of everything in life. I feel really blessed to get to explore these areas and unlock these mysteries and share them with the world. These are remarkable people and there’s a lot to learn from them. I’m really grateful I get to shape these stories – that we previously and sadly overlooked – into these great forums such as books, programming, lectures, and classes. 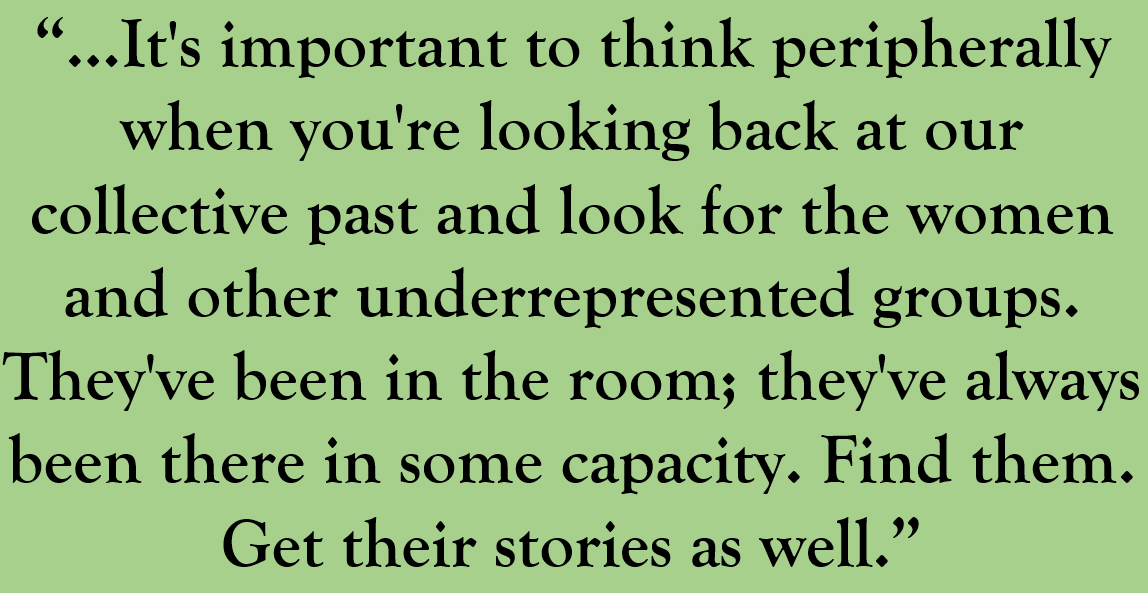 Oh, and a good pair of shoes too – another great lesson I have learned. And sleep is always important. Sleep is key too, but sometimes there just aren’t enough hours in the day.

This is wonderful. I’m really delighted – you’ve done a wonderful job with your research and preparation. Thank you so much for that. It makes this a real delight and I am thrilled to hear the stories of these remarkable women continuing out there. Your enthusiasm and excitement is exactly what I need to hear – especially at times when it’s 3 o’clock in the morning and I’m thinking, “Is anyone gonna even read this?” To hear this enthusiasm – that’s what keeps me going.