I think so – and many who probably didn’t even realize all their talents. Many of the ladies who did voice work just considered it part of their job, though they had not trained for it. You must remember that most of the film industry people back then did not go to school or have any training – they were thrust in or otherwise had to pass an audition.  But Walt Disney then began training his artists for animation on the style of artistry that the Studio was looking for.

So, very early on at Disney, many of the female employees would be asked: “We need crowd sounds – you want to be part of a crowd?” “Sure!” or “Want to provide the voice of Chip or Dale?” “Sure, we’ll do it.” It was part of the fun of working there. All these different personalities of employees came out and enabled the artists to draw upon that sort of thing for voice and character casting.

There was a very free-wheeling kind of playful campus quality about life, particularly early on. There was a buoyancy there. Though the work consisted of long hours and groundbreaking artistry – it was the height of the Depression and people were grateful to have a job anywhere – if you were working in Hollywood or at the Walt Disney Studios, you’d won the lottery. So, in that context, there was a lot of enthusiasm and excitement and youthful pent-up energy. People were very eager to explore and try new things.

I think the short answer is that it is mostly men writing the history. Which is to say — history is “his story.” That was the question that was puzzling me all the while I was writing: “Why don’t we know this truth?” Though, it is very difficult to find the stories of women in many ways, because very little is written about them from our past, and yet women have always been there. We have failed to look for them in our collective writing or the recording of our past. As a result of that, we’re all missing out because that’s really the other half. As I mentioned earlier, it is the other half of our collective experiences from animation to beyond. Without the experiences of women, we are only getting half the story of how we got to where we are as a society. We have all missed out on a complete picture of who we are.

I think in terms of why it is important that we talk about it now is, there’s an unconscious bias that we have that defaults to the male. We have grown into this and it required me – in the writing and research of this book – to consciously block that out. I would see a photo and think, “That is a great image, but I see five men and one woman. Where’s the photo where there are five women and one man?” It took a lot of digging to find but I did find it. So, if you are looking for them, it takes extra work. Oftentimes a woman in the 1920s, ‘30s and ‘40s would be listed as “Mrs. Jeffrey Smith.” Well, that doesn’t tell you her name. You have got to do a little extra digging through marriage records, to determine if names have changed, if they move or otherwise relocate, multiple marriages, etc. We still tend to define women by who they’re married to or their number of children. Where’s the individual woman in that? She’s right there – and children would not happen without the woman – but we don’t focus on women beyond that as accomplished individuals in their own right.

All of this was a real enlightenment for me. I had to pull everyone working with me up to that level – to think a little differently as they were approaching the book. Otherwise there remains that unconscious bias: just automatically assuming women weren’t present. They were present – that’s the story. It is a sad revelation. When I’m speaking, particularly to my students, I encourage them to wake up to this and to shift that perception as soon as they can. They can then move through their lives and move forward from this point thinking, responding, researching, writing from a more balanced place. Hopefully that will shift our world a bit. 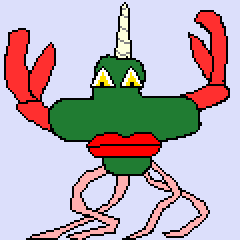