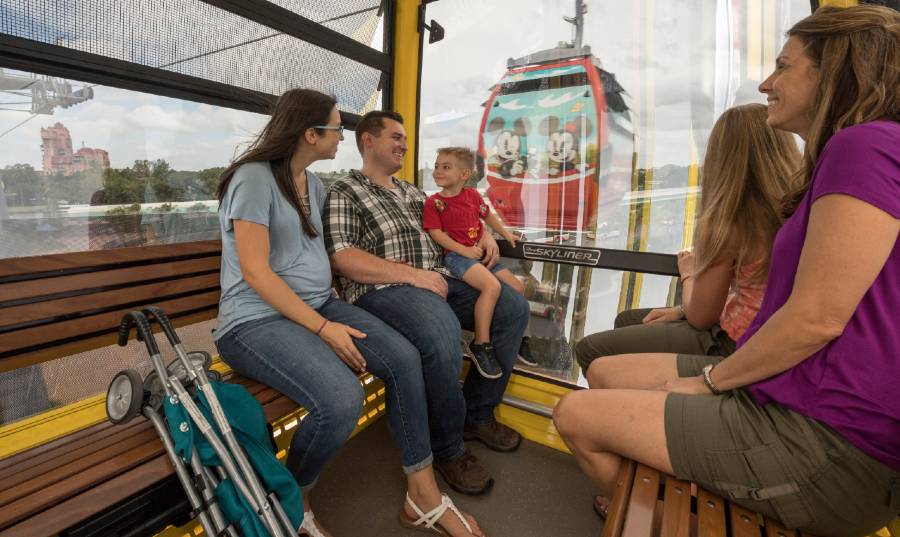 Guests visiting Walt Disney World will soon be able to soar above the treetops and glide above water as they travel between EPCOT, Disney’s Hollywood Studios, and four Disney resorts over 6 miles of cable when the Disney Skyliner opens for guests on September 29, 2019.

A new video gives us a look inside the Disney Skyliner cabin and a tease at some of the wonderful vistas that you’ll be able to see through the cabin’s windows.

How much will it cost?

I think we all expected this, but it has been officially confirmed that a ride on the Disney Skyliner will be complimentary for guests at Walt Disney World. Part of the reasons is Disney hopes guests of its theme parks will venture out the the hotels and entertainment areas like Disney’s Boardwalk to enjoy the dining and entertainment options there. Disney is also expanding the International Gateway entrance to accommodate the increase in guests who will have access to EPCOT’s World Showcase dining and many festivals.

How many will the hold?

Each gondola cabin is built to hold up to 10 guests. They’re capable of holding those traveling with wheelchairs and other assistive devices. If required a cabin can be moved off the main line to allow for more boarding time as well. 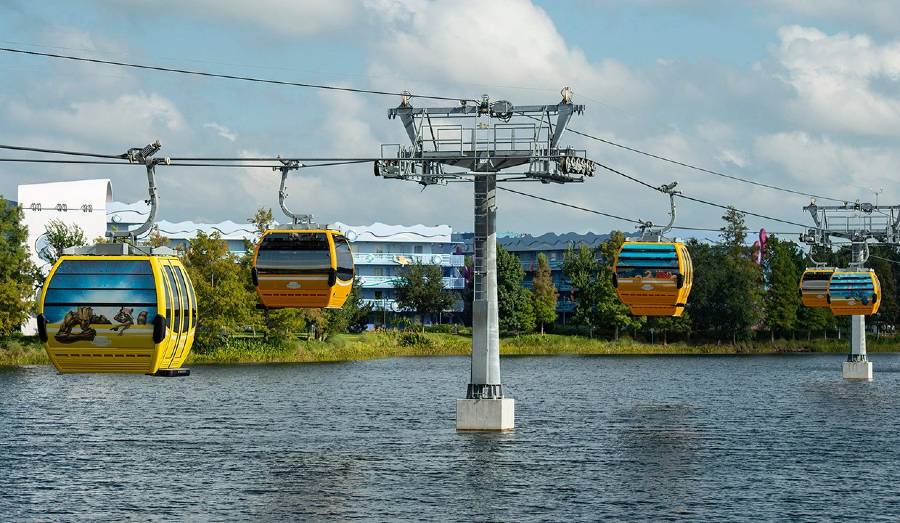 Nearly half of the approximately 300 Disney Skyliner cabins will be wrapped in whimsical Disney scenes – with your favorite characters, popular movies, attractions and more – giving the appearance that Disney pals are riding along with guests. The cabins will be easy to spot overhead, because each gondola will shimmer in one of eight vibrant colors and feature sleek curved lines.

Each station along the Disney Skyliner route will feature uniquely Disney designs that reflect their surroundings:

On a personal note, I’m extremely bummed I won’t be able to make the media preview for this (I have other travel plans for that day), but I plan to be there on the 29th to get a ride on its opening day.

previousPutting your kids to sleep just got easier with Disney’s Bedtime Hotline
nextRe-visiting Memory Lane with Mindy Johnson: A Chat about Women, Walt’s World, and Animation