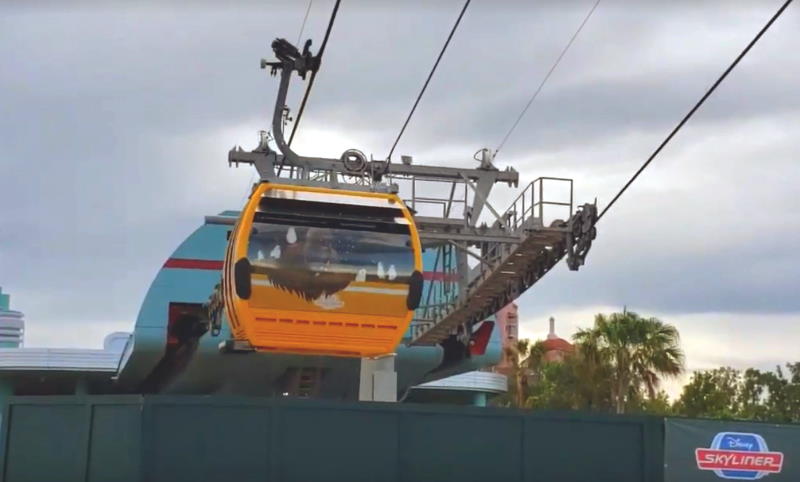 With the Disney Skyliner now less than one month away from opening at Walt Disney World, now is a good time to revisit the January 2013 post I made suggesting a Gondola network would be an effective and affordable solution to a growing need for transportation at the resort.

The Disney Skyliner has been testing lately. I finally witnessed it for myself.

Back in 2013 there was already a lot of talk about the reliability of the Disney Monorails and the company had started expanding its hotel room capacity with Bay Lake Tower and the Art of Animation Resort. I foresaw a need to move more people around Walt Disney World.

For a long time Disney fans had asked for an extension to the monorail line, but I don’t see that as likely given how expensive building even one pylon is ($1 million) plus the cost of the new trains. A lightrail/streetcar was a possibility, but as it would have to exist on the road grade level, it would probably create additional congestion. Self-driving shuttles or PRT was also possibility, but the technology was still very much untested at the time.

I had just read a presentation from an online trend-spotting blog that pointed out that next to just laying more asphalt, a Gondola network is the next cheapest mode of mass transit. They also pointed out how various communities around the world were already looking at building urban Gondola networks including Austin, TX.

Austin needed a way to bring residents in from the suburbs to a central business district that avoided the very crowded freeway system. Gondola lines would allow residents to soar above the street traffic and arrive downtown in less time. They could also connect to another popular destination, the UT campus. A basic hub and spoke model. A gondola network felt like a perfect fit for Walt Disney World. It too had to move guests from one area, hotels, to another, theme parks. Acknowledging plans would change based on official studies, I drew up a very basic sketch of how such a hub and spoke model system would work at Walt Disney World.

Although the model Disney World has built to connect EPCOT with Disney’s Hollywood Studios is aligned differently that my initial idea, you can see how close I got with four of the station locations. 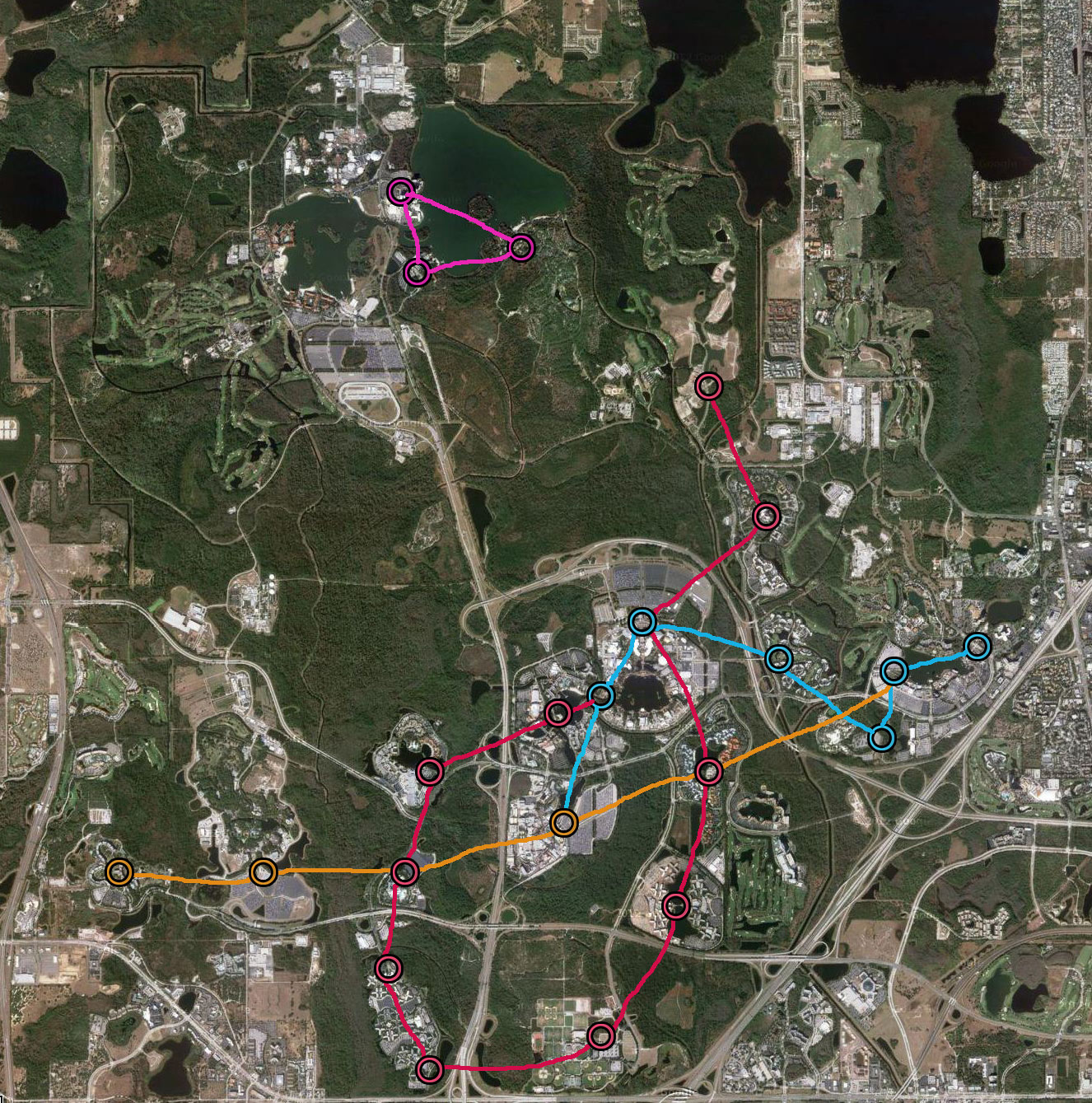 My initial sketch from 2013

To long time Disney parks fans this will sound familiar. After all the Skyway attraction was a favorite way of crossing both Disneyland and the Magic Kingdom for years. They have the advantage of a high capacity moving over 10,000 people an hour, you can string them just about anywhere, they operate above the street grade meaning there are no issues with blocked traffic, and they provide guests with a scenic view while still getting them to their destination via the most direct route. Like high-end ski resorts, the gondola would be enclosed and, due to the magic of solar power, could have music and air conditioning too.

Well, I got that last part wrong.

I realize the Disney Skyliner gondola network isn’t even open yet, but I would like to see it expanded soon. A natural plan would be to connect Disney’s Hollywood Studios to Disney’s Animal Kingdom with stops at Coronado Springs/Blizzard Beach and Animal Kingdom Lodge. Another little triangle that would makes sense would be to connect the Fort Wilderness Campground and Lakeside Resort to the Magic Kingdom and the Transportation and Ticket Center.

Are you looking forward to the opening of Walt Disney World’s Disney Skyliner gondola network on September 29?