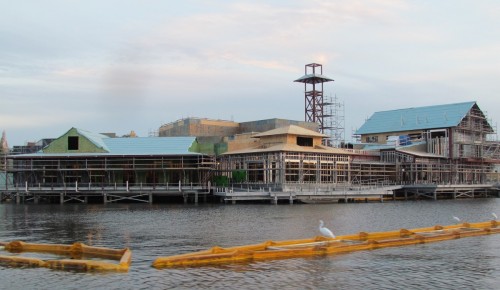 I’m realizing that when I wrote my Disney’s Hollywood Studios rumored future posts, I left off Disney Springs from the list of projects under development. And then, of course, Disney comes out and confirms two new properties from Disney Springs making me look bad.

As it turns out I was just at Downtown Disney checking in on the construction progress. There’s some significant improvements in a few areas, and even two new shops that have opened. I took a bunch of video and pictures before it got too dark, so I have a second October update to share today:

More photos and some speculation on what shops and restaurants might be coming to Disney Springs below the jump: 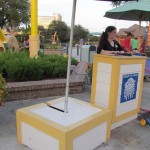 Cirque Du Soliel has a booth set up near the Pin Shop to try and sell some tickets. First time I’ve seen this 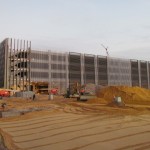 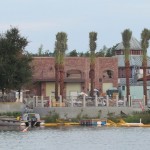 Added some trees to The Landing 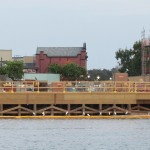 Dock repaired, this will be the home of The Hanger a bar and restaurant 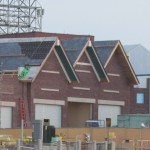 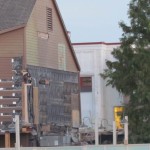 The back of Paradiso 39. Used to have a service door and a balcony. That’s gone now. 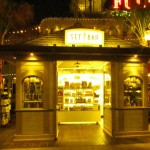 One of two new “Kiosks”. Right now the merchandise selection is similar, but they did just open. open near Fultons.

A few slides were leaked from a presentation to cast members in March of 2013 (source photos uploaded to WDWMagic). On the slides were lists of brand names that would be invited to set up shop at Disney Springs. This was a list of some great potential shopping and dining tenants. I don’t think contacts had been signed with any of them at that point. However, two of the brands on the list are among those that were just announced – The Boathouse and Morimoto Asia.

It’s worth noting that the two new shops “set the bar” and “sublime” were not on the list. Reading the tea leaves, there have been some some announcements, of sorts, leaked via construction documents or other stories that restaurants “The Hanger,” “The Edison” (a Kinetescape concept), and ‘STK’ (part of The One Group) will be opening in Orlando as part of partnership with Disney. The Edison LA is a cool steampunk themed bar and diner in Los Angeles. That would be great to have in Orlando.

So let’s take a look at the list and see which ones we would like to see at the finished project.

Any of those catch your eye?