Disney’s Hollywood Studios – A Timeline for the Future (part II) 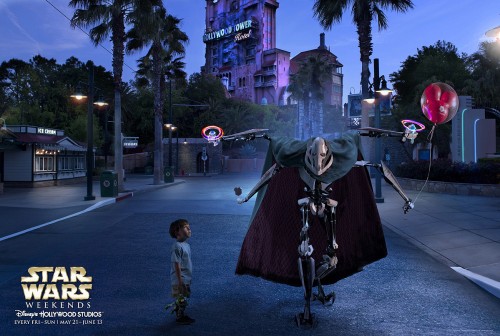 In part one of our look at the future of Disney’s Hollywood Studios we examined what changes have already been announced by Disney and those that are rumored to be in the offing. In short, depending on how much money Disney is willing to invest and how fast, Central Florida’s original studios park could be in for a massive makeover.

Before we go any further, I want to repeat, that I don’t have any particular insider knowledge of plans or upcoming announcements. What follows is my learned hypothesis based on available evidence and informed guesses (aka rumors) from sources I trust. Some of this is more speculation than solid info and I’ll try and indicate that when and where I can.

Let’s start with one piece of information that would be a natural result of the changes coming to Disney’s Hollywood Studios losing its ‘studios’ theme. The name will have to change. I think there’s one clear favorite for a new name – Disney’s Hollywood Adventure. It captures the shift in theme from making movies, to being a part of them. Instead of learning how the movies are made, we get to celebrate them and all the magic they inspire. This will let the park keep its two main Hollywood themed thoroughfares, expand Pixar Place (which physically is in Emeryville, not Hollywood, but emotionally it’s the same place) and perhaps add on one or two others. You might see some other Hollywood icons come to the park. El Capitan theater, which Disney owns, and the Carthay Theater, which has ties to Disney history and Disney has used as California Adventure’s main icon seem like two likely candidates. But don’t expect them to get too carried away.

Of course, a new name like “Mickey’s Adventure Park” could come out of left field too. That would indicate the park is in for a major re-imagineering. It’s not outside the realm of possibilities, but not the strongest candidate at the moment either. 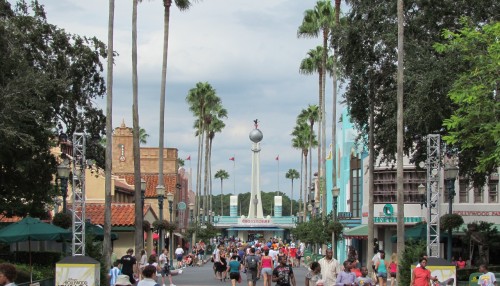 When people ask me about what’s going to happen at Disney’s Hollywood Studios, I have a certain spiel I provide to give some context to the question. This will help set up some of the financial and timeline issues. The budgets that control those are almost always in flux until they’re not, and the attraction opens. Sometimes, Imagineers get creative with budgets and good things can happen too.

This all starts with some things Disney CEO Bob Iger had been saying to The Walt Disney Company’s investors, that after dropping a lot of money on DCA, New Fantasyland, and Hong Kong Disneyland, the capital expenditures (read: theme park expansion) would be vastly reduced for a few years with only Disney’s Animal Kingdom (for both Avatar and the Nighttime show additions) and Shanghai Disneyland getting the funds. If you look at Disney’s stock price right now you’ll see that investors are very happy with the company and expect its value to continue to rise. In their minds, Iger has been a great steward of their money. So they’re probably pretty psyched he’s planning on sticking around for another year or so.

Of course, what Iger said to investors then and the reality of the company has shifted a bit. While HKDL may be on a better path, Disneyland Paris needs massive investment to set it on the right course again, New Fantasyland did not inspire quite as many families to plan new trips to Walt Disney World as was expected (it didn’t do all that bad, it just wasn’t as huge a hit as they were hoping), and the Avatar movies have been delayed meaning Avatar-land gets pushed back too. The good news is, if they need it, James Cameron’s company is willing to invest a little money in Avatar land to make sure the area gets the love and attention it deserves. 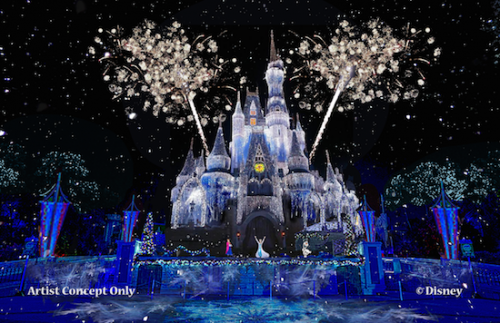 And then Frozen happened. That movie is like a snow machine that sucks up young girl’s fairy tale dreams and spits out fields of snow white money. Enough money that Bob Iger can practically coat Central Florida in it. Hence, we get a new attraction in EPCOT that will pay for itself in doll sales in just a couple of weeks and some extra funds that can be spread around at DHS.

Disney is expecting the same cash-cow from Star Wars Episode VII and related properties. In fact, while $4 Billion may seem like a lot of money to pay to purchase Lucasfilm, the merchandise sales alone have already earned back that price for Disney. As long as Disney continues to be good shepherds of the Star Wars Universe, that gravy train will only grow longer. In fact, Iger already feels comfortable enough to announce that Star Wars is coming to the parks and that he’ll tell us exactly what will be coming next year. Even money is laid on the idea that DHS will get a Star Wars Land, but there’s a growing minority idea that Disney has something else in store for its Star Wars themed attractions.

So, recapping. Disney has already spent a lot of money on HKDL, DCA, and New Fantasyland at the MK. They have sunk money into Shanghai Disneyland and Avatarland at DAK. At one point they told investors that capital expenditures would slow down, but then the economic recovery inspired by Frozen, Star Wars, and let’s not forget the box office hits of Marvel, has loosened the purse strings somewhat. Enough that we know we’re getting Star Wars presence in the parks, a new Frozen attraction, a rescue for Disneyland Paris, and at the very least, a re-imagining of Disney’s Hollywood Studios hub.

Did I leave anything out? Oh yeah, Disney Parks have, in the middle of all this, been spending somewhere near $2 Billion on the MyMagic+ program, about 60% more than they expected. It’s had, how shall we say, a rocky start. But as more elements of the program get rolled out (MemoryMaker for one), its beginning to look at little less like a financial catastrophe and more like a solid investment in the future of theme park vacations as we know them. There are still rough roads ahead and a few major potholes that have yet to be filled in. But, by and large, MyMagic+ will help the bottom line, not hurt it.

With park revenue up and the movie studio producing mega-hits, it may seem like a license to print money and it practically is. But Disney will want to pay back those patient investors and continue investing in new lines of entertainment (like that purchase of Maker Studios). So the Disney Parks will have to learn to share. That means, we’ll probably get much of what we want in the parks, it will just take a while to build.
This timeline is a lot of conjecture, but it’s how I’d do things if I was drawing up the plans. So we’ll roll with it.

Yes, that’s a long timeline. And I’m sure some insiders will have a quibble or two. I’ll admit there’s a lot I could be missing or wish I felt more certain Disney would add (a new pavilion in EPCOT’s World Showcase, for one). But this seems a very reasonable timeline giving the financial and physical constraints involved with a massive undertaking like opening entirely new lands, and rebuilding almost half of one park.

One a scale of one to five wishes, how close do you think this plan will come to the eventual plan announced by Disney. Really it doesn’t matter. I mostly want to set expectations that this won’t be one big explosion of construction that happens all at once. It will be phased in slowly over time. I’ve seen some timelines that are even longer than what I have up above. Of course, it could happen faster too. That would be nice, but don’t count on it.

previousLa Jolla Playhouse Production of Disney’s Hunchback of Notre Dame Launches
nextThe Boathouse, from the creators of T-Rex and Rainforest Cafe, is coming to Disney Springs