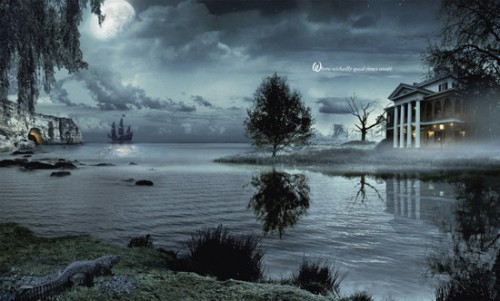 The Disney Parks Blog has announced that two more beautiful photos from renowned Photographer Annie Leibovitz will be unveiled tomorrow. Part of the Disney Dream Portrait series we’ve covered extensively on the blog, these photos from Leibovitz place celebrities in the roles of various Disney movies and theme park attractions. Disney released the photo above as a teaser, it will be included as part of a magazine layout later this year.

I love the photos from this series and look forward to seeing what comes next.