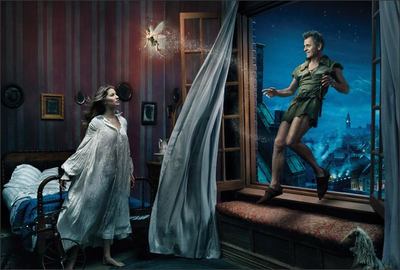 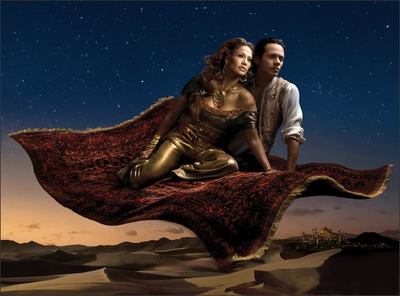 Here Jennifer Lopez, posed as Jasmine and husband Marc Anthony as Aladdin from Disney’s “Aladdin,” travel over the Arabian desert in a piece called “Where a Whole New World Awaits,” by Annie Leibovitz. 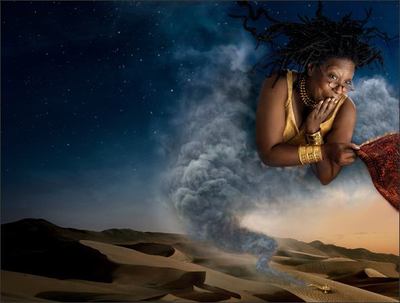 This last photo looks like Leibovitz might have originally intended to composite in with Lopez and Anthony. But how can you resist a picture of Whoopi Goldberg as the Genie from “Aladdin”.

Update: This appears to be the final version of the Whoopi Goldberg as The Genie photo: 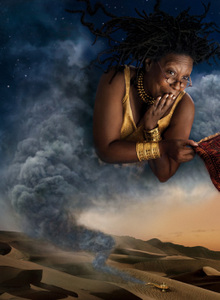 Sponsor Link: Disney DVDs as Low as $14.95 Each. Plus Free Shipping and a Free Mickey Watch! Disney DVD Gift Express