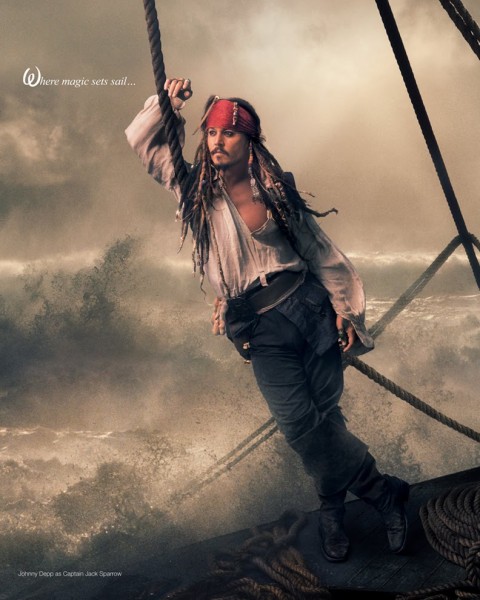 Annie Leibovitz and Disney Parks are back again with more photos from the Dream Portrait series. This time the subject matter is Pirates of The Caribbean: On Stranger Tides, the fourth movie in the series.

As part of a special layout appearing in May issues of O – The Oprah Magazine, Real Simple, InStyle and People, Johnny Depp appears as Captain Jack Sparrow joined by his friend, the legendary performer, writer and artist, Patti Smith as the Second Pirate in Command. 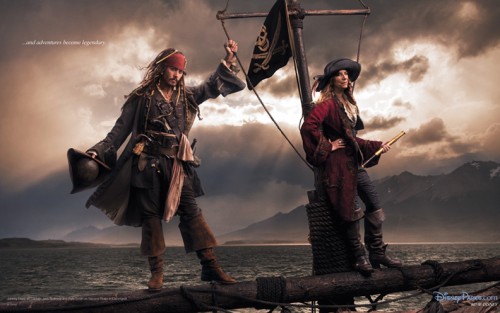 Is it just me, or is this one not that much of a stretch? I mean, Johnny Depp originated (and arguably created) the character of Captain Jack Sparrow. Still I think Leibovitz manages to bring some originality to the portrait. It’s a little more romance novel cover treatment than Jack Sparrow typically gets, he’s more of a drunken self-interested rogue, but I think it works. What about you?