Olivia Wilde as the Evil Queen and Alec Baldwin as the Spirit of the Magic Mirror from ‘Snow White and the Seven Dwarfs’. The caption reads, “Where magic speaks, even when you’re not the fairest of them all.” 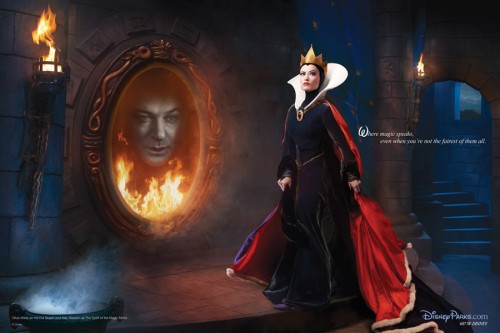 Penelope Cruz and Jeff Bridges in the Final Scene from ‘Beauty and the Beast’ . Caption reads, “Where a moment of beauty lasts forever.” 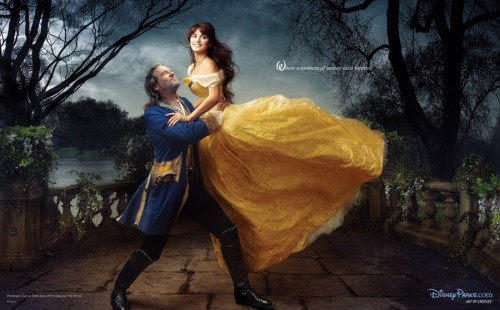 Queen Latifah as Ursula from ‘The Little Mermaid’, which is captioned, “Where memories take hold and never let go.” These images, and more, will be running in the April issues of O – The Oprah Magazine, People En Español, Real Simple, Essence, and InStyle as well as the March 28 issue of People.