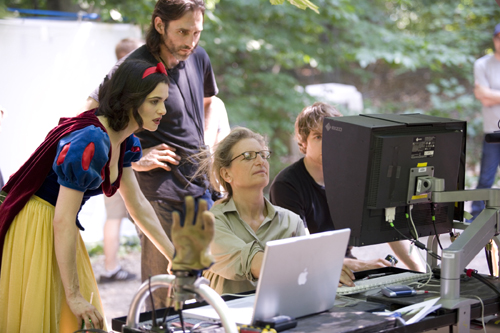 In 2007, to help promote the first Year of A Million Dreams at its parks, Disney partnered with world famous photographer Annie Leibovitz to create the Disney Dream Portraits series. The first series featured celebrities Scarlett Johansson as Cinderella, David Beckham as Price Phillip, and and an Alice tea cups themed shot with Beyonce, Oliver Platt, and Lyle Lovett.

There have been five or series more series released since then which I’ve chronicled over on its own Dream Portrait side-blog.

Today’s photos continue this popular series featuring, and, feature some of Hollywood’s funny guys. First, Russell Brand is presented as the villain from Peter Pan, Captain Hook. The caption reads, “Where every moment leaves you hungry for more.” 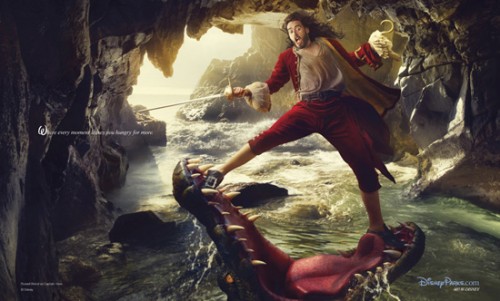 Next is one that I think will become a favorite of mine – The Hitchhiking Ghosts from Walt Disney’s Haunted Mansion. Comedians Jack Black, Will Ferrell and Jason Segel a featured as Phineas, Ezra and Gus. The caption reads, “Where you can go on the ride of your afterlife.” 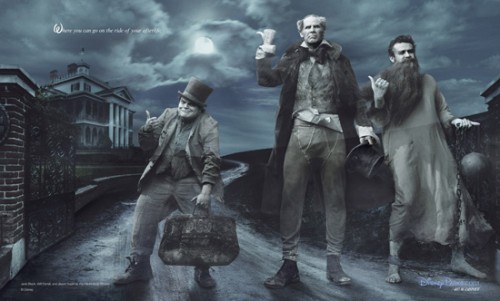 Sadly, Disney has only released these in a small format for now. You really need to see these full screen to get all the detail that Leibovitz puts into the scenes. Alas, I think you’ll have to wait until they hit the stands in magazines for larger versions.

Fans have been clamoring to have these photos produced as posters. Hopefully that will happen, it also occurs to me that there are now enough Dream Portraits and supporting materials to publish a book. Someone get this done ASAP.

Update: Slightly larger versions of the photos have been added as well as behind the scenes pictures from the photo shoots.