A few weeks ago The Walt Disney Company held its year’y shareholders meeting in Texas. It was mostly a meh meeting notable for Disney theme park cast members talking about how much they loved their jobs while outdoors other Disney theme park cast members protested… Read More »The Walt Disney Company announces internal reorganization, effective immediately 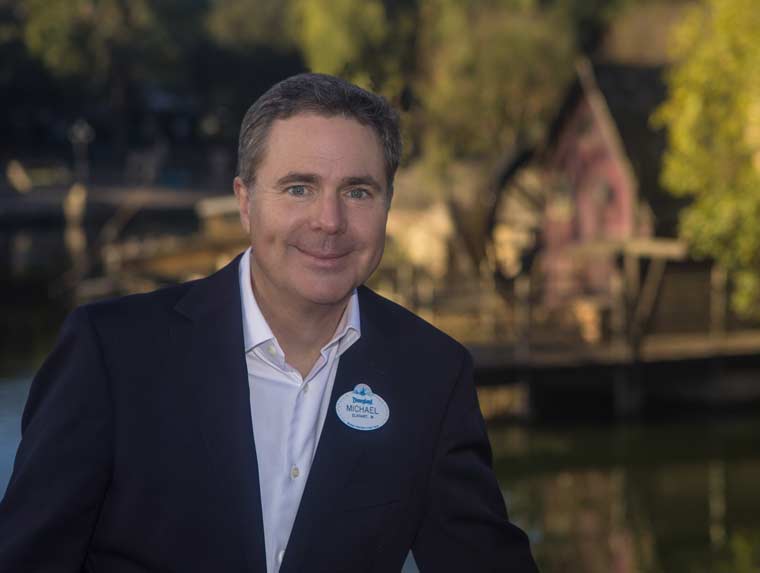 For the last five years Michael Colglazier has been the President of the Disneyland Resort working to make the park and it’s 30,000 cast members they most successful it could be. Among his big roles were overseeing the park’s 60th anniversary Diamond Celebration and the… Read More »Disneyland Resort leadership changes as Michael Colglazier promoted

Although things are not perfect at Disneyland Paris, it’s no question things are a lot better today than they were 4 years ago. A lot of that is owed to the leadership of Philippe Gas. It makes sense that Disney would want him at their… Read More »Disney moves Disneyland Paris Chief to Shanghai Resort

The Orlando Sentinel is reporting that former Disney Vacation Club President Jim Lewis was let go by the Walt Disney Company on Friday. Lewis had led Disney’s time-share arm since 2006. While Lewis presided over a controversial expansion of DVC locations across WDW and a… Read More »Disney Vacation Club Shakeup