The Wizards of Waverly Place Return in Alex Vs Alex

A year after they said “Goodbye” the cast of Wizards of Waverly place have come together one last time. The whole cast will participate in the one hour movie reunion special, except David Henrie who played older brother Justin Russo. Due to a scheduling conflict… Read More »The Wizards of Waverly Place Return in Alex Vs Alex

Only shortly after the show had its series finale, Disney Channel has announced that a reunion one-hour special will premiere in early 2013. This special will include all original cast members reprising their roles. The story is pretty simple (and to tell you the truth,… Read More »Wizards of Waverly Place Reunion coming in 2013 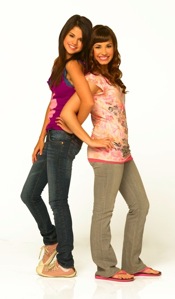