The Wizards of Waverly Place Return in Alex Vs Alex 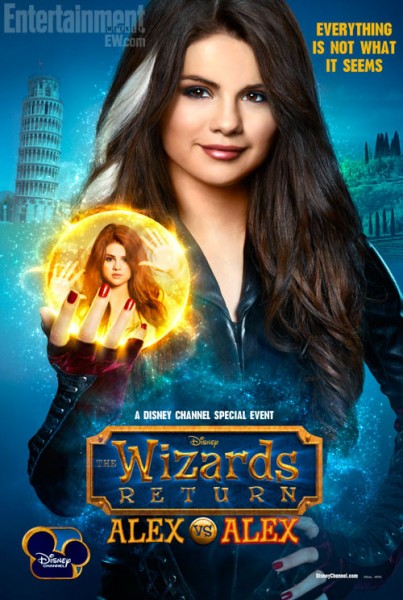 A year after they said “Goodbye” the cast of Wizards of Waverly place have come together one last time. The whole cast will participate in the one hour movie reunion special, except David Henrie who played older brother Justin Russo. Due to a scheduling conflict David Henrie will not be take part in the movie, although there are rumors that he might do a guest appearance.

According to the Disney’s press release, in The Wizards Return: Alex Vs. Alex, the Russo family and friends travel to Tuscany, Italy, to meet their long lost relatives… but when Alex ( Selena Gomez) tries to prove she’s more than a seemingly carefree young Wizard, she inadvertently conjures a spell that creates a Good Alex and an Evil Alex. When Evil Alex gets roped into a charming young wizard’s foreboding plan to take over the world, Good Alex must find a way to save her family and humankind, which leads to a monumental battle between the two versions of herself atop the Tower of Pisa.

The Wizards of Waverly Place reunion special will debut on Disney March 15. You can catch it before that on Disney Channel on Demand on March 8. Later in the month the special will be available to download on iTunes, March 19.