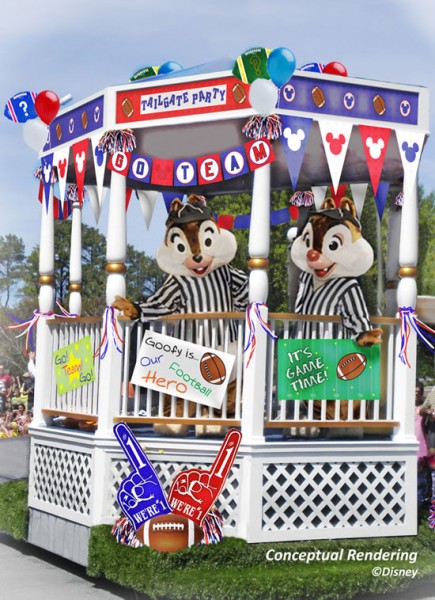 It was an unlikely victory for a team that no one expected to win. But they pulled themselves up with determination, emotion, and a little bit of Super Bowl magic. Super Bowl XLVII World Champions Baltimore Ravens quarterback Joe Flacco was awarded the game’s Most Valuable Player and the honor of creating a little extra Disney magic when he announced “I’m Going to Disney World” as part of the famous “What’s Next” campaign.

This version was recorded off TV screen. I’ll upload a better version when it’s available.

Flacco’s pronouncement, part of the production for one of TV’s most enduring and iconic Super Bowl commercials, was captured within seconds of the final whistle. His team’s victory kept the Ravens unbeaten in Super Bowl play at 2-0. Flacco was named the game’s Most Valuable Player.

Completing a Cinderella season in which he had career highs in passing and completions, Flacco was a standout in Super Bowl XLVII, amassing 287 yards passing, including three first-half touchdowns.

On Monday, Flacco is scheduled to participate in a victory parade at the place where families create lasting vacation memories – Walt Disney World Resort. For Flacco and Ravens fans, celebrating the team’s victory at Magic Kingdom is the perfect way to spend some “Disney Time,” when family, friends and favorite characters can help create even more magical memories for Flacco and fans who share in the limited-time “I’m Going to Disney World” moment that has a worldwide following.

Flacco’s declaration becomes the 26th Super Bowl commercial in the Disney series that began in 1987 following Super Bowl XXI. The first “I’m Going to Disney World” commercial featuring New York Giants quarterback Phil Simms was considered a groundbreaking concept – a produced commercial involving a current event, airing on major networks within hours of its conclusion. Flacco joins an all-star lineup of heroes from sports and beyond who have celebrated milestone accomplishments in “I’m Going to Disney World” commercials.