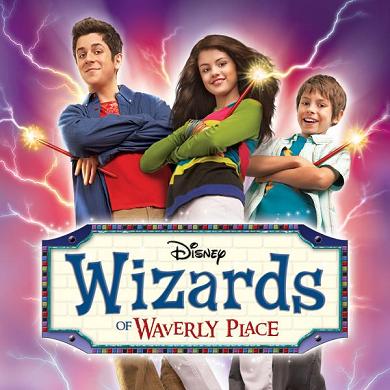 Only shortly after the show had its series finale, Disney Channel has announced that a reunion one-hour special will premiere in early 2013. This special will include all original cast members reprising their roles.

The story is pretty simple (and to tell you the truth, not something I would pick for a reunion show, but I am not the head of Disney Channel!), the Russo family heads to Tuscany Italy (I know…RANDOM!) to meet up with some long lost relatives. Along the way, trying to prove she is a good wizard, she creates a spell that duplicates herself, Soap-Opera-Evil-Twin style. When Bad Alex starts trying to destroy the world, Good Alex must save her family and the rest of mankind by battling herself atop…wait for it…The Tower of Pisa.

WHAT?!?! Though it does sound completely random and odd, I am still super excited for it. This was probably the last Disney Channel show that premiered during my regular viewing days (I could argue Suite Life On Deck…but I was much more invested in Wizards), so to see them on my screen again will be a pleasure. My only problem is…it is so soon! I would have waited until AT LEAST 2014. That gives people enough time to feel reminiscent.

This is also a big jump for Selena Gomez. This will be her first experience in the world of executive producing. That is a pretty big feat for someone who used to guest star on Suite Life of Zack and Cody. Now she has control over what she is starring in. This also begs the question, will she start producing more for Disney Channel? If this is successful, will Selena continue to star in Disney TV shows/movies? Who knows, but you bet your bottom dollar that if this thing does baffo in the ratings, people will start writing up a script for a 2014 reunion immediately!

This whole scenario also brings up another question…will this make them want to do more reunions? When I heard this announcement, I started thinking…and if tomorrow Disney announced “We are going to also do a That’s So Raven reunion”…I would literally die from happiness. That’s So Raven was by far my favorite Disney Channel show of all-time, and not only does it have a huge amount of fans, but it also has been off the air long enough for people to actually yearn to see the Baxter crew back on their TV screens.

Are you excited that Wizards of Waverly Place is returning, even though it is just for one hour? Would you like to see Selena Gomez continue doing stuff on the Disney Channel? Isn’t That’s So Raven the best Disney Channel show ever?! Let me know in the comments below! Until next time…Have a Magical Day!

77 thoughts on “Wizards of Waverly Place Reunion coming in 2013”