Note: Whit has already posted his review of Frankenweenie. We both saw the same film, but somehow, I came out a bit less enthused. Here’s my review: 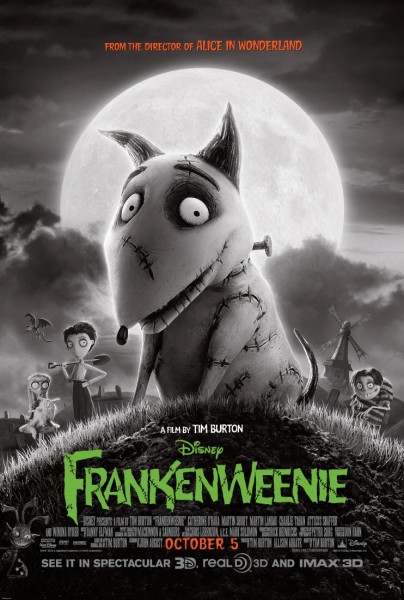 Tim Burton’s latest film is a stop motion tribute to the black and white sci-fi and horror classics that helped build Hollywood. It follows the efforts of Victor, a boy who loved his dog so much that, when the dog is struck dead, Victor reanimates the corpse Frankenstein style.

Frankenweenie revisits a story Burton had previously made as a short film in 1984, ironically shortly before he was let go by Walt Disney’s animation division. 18 years later, Disney let Burton return to his original ideas for the film and place them in a medium Burton is very comfortable in – Stop-Motion.

I find it marvelous that artists can take stop motion models, set them in a doll house sized world, film them meticiously moving 30 times a frame, and create something that still seems so real you forget you’re watching dolls. The two previous Tim Burton films “Nightmare Before Christmas” and “Corpse Bride” are among my favorites of the genre. I wish I could say the same about Frankenweenie, but I can’t. It’s good, but not the quality of the previous two. 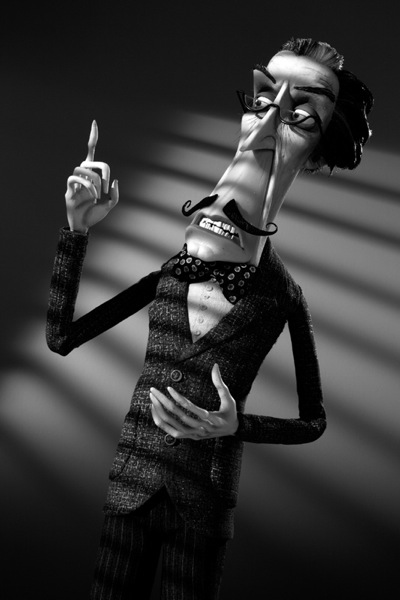 My biggest complaint is the plot. There are many dead-ends, characters that don’t pay off, and just the barest motivation to hang the story on. In fact, most of the movie is just a series of homages to classic horror films loosely draped over a fragile plot.

That’s not to say the movie isn’t good. It’s got a decent amount of humor, many of which come from the homages themselves or the dog Sparky. Tim Burton’s quirky designs are wonderfully realized and the world is populated by characters that look like they stumbled out of horror movies themselves.

Frankenweenie is rated PG. Aside from the subject matter of a dead pet, there are a few moments where things jump out to scare the audience. Then at the very end, I felt there was a bit that went too far for a kids film. The violent death of one villain is portrayed right on screen. You’ll have to know what sort of guideance to give your own children before taking them to the film.

I give the film three out of five stars. You might want to wait to see it at a matinee or at home. The one exception to that is if you’re a fan of 3D films. Frankenweenie is made to take advantage of the 3D format and it’s worth seeing it in a theater if you don’t have a 3D capable TV at home.