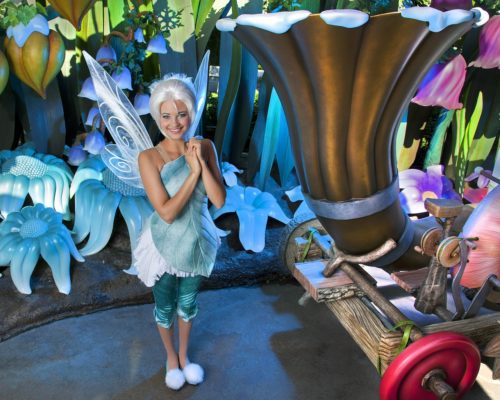 Pixie Hollow has been a popular destination at Disneyland since it opened in 2008 next to the Matterhorn. It’s undergone a few changes since then, but the biggest change is to accommodate Tinker Bell’s newly discovered sister, Periwinkle. Introduced in the upcoming film “Secret of the Wings,” the “frost fairy” Periwinkle is intrigued by the other seasons once she meets a warm fairy (her sis Tinker Bell), and she becomes eager to make new friends beyond the Winter Woods. Scheduled for limited-time appearances during the fall and winter months, Periwinkle will join Tinker Bell inside Pixie Hollow at Disneyland. 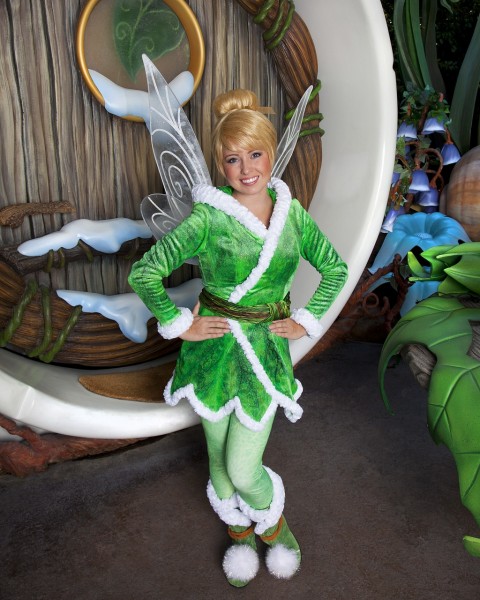 Tinker Bell also debuted new winter wear for her appearances with the frost fairy. The newest Disney Fairies movie, “Secret of the Wings

Are you a fan of the new Tinker Bell movies? How about Tinker Bell’s new winter outfit?

previousWizards of Waverly Place Reunion coming in 2013
nextOnce Upon a Time 2-2: We Are Both