For those waiting to hear exactly what Disney’s D23, the new Official Community for Fans, will involve and what it will cost to join, DisneyShopping.com has spilled the beans a few hours earlier than the official announcement was scheduled for. You can actually visit DisneyShopping… Read More »D23 Membership Cost and Benefits details

It was not much more than a day ago I was pondering why Disney hasn’t made a stronger entry into online media with its huge and popular library of movies, tv shows, and other properties. I must have been channeling Bob Iger, because today in… Read More »Disney considering online movie rental service 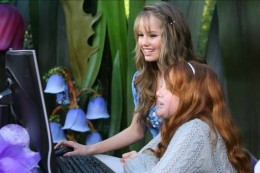 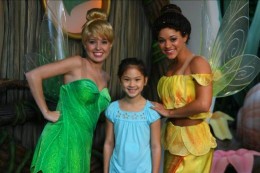 Disney Fairies Pixie Hollow is an online virtual world where guests can create their own Fairy avatar to take flight alongside Tinker Bell and their Fairy friends. In the world, Fairies help bring about the change of seasons through meeting friends, playing games and collecting items in nature. It’s very easy to sign up and get going. It took me about 10 minutes to design my fairy and get going.

Learn more about Disney Fairies Pixie Hollow virtual world in the press release below the cut:

The original Frankenweenie short from Tim Burton was filmed just down the street from where I used to live in Burbank. It’s a special feature on the latest DVD/Blu-Ray of “Nightmare Before Christmas“, but if you haven’t bought that yet, then Disney.com’s Halloween promotion has… Read More »Tim Burton’s Frankenweenie

Today The Walt Disney Company’s Family.com announced the launch of a new social networking site for parents called Disney Family.com Community (www.family.com/community). This site allows moms and dads across the nation to connect with other parents who have similar interests or parenting questions. Some of… Read More »New Disney Family Social Network Announced

Congratulations to the LaughingPlace.com Team for 9 amazing years

Although August 1st 1999, 9 years ago today, is the day the folks at LaughingPlace.com choose to celebrate as their official ‘launch day’, the hard work that went into the site started long before that. LaughingPlace.com grew out of Doobie’s twin projects, first, a listing… Read More »Congratulations to the LaughingPlace.com Team for 9 amazing years

Disney Interactive Media = DIM. Sorry Disney, I couldn’t resist. They, of course, prefer the acronym DIMG, but that doesn’t sound out very well. DIG has been done and might have bad connotations at the Mouse House after that billion dollar debacle. So DIM it… Read More »Merger brings management changes to Disney Interactive Media Group (DIM)