This is the second year Disney has invited HGTV show hosts and experts to speak at the Food & Wine Festival. From the feedback I’ve heard, these sessions are a great addition to the festival, even if they’re not exactly on topic. Next weekend is… Read More »HGTV At EPCOT Food & Wine Festival

One of the first things to come out of the D23 EXPO was more details on how the Seven Dwarfs Mine Train coaster that will be the final attraction added to the Magic Kingdom as part of the Fantasyland Expansion. If you didn’t catch this… Read More »Seven Dwarfs Mine Train Roller Coaster Digital Simulation Video

Yesterday we got a sneak peek at Disney’s new Hawaii resort Aulani via a couple hundred snapshots. Today here’s a video tour of the lobby and grounds of the Ko Olina property. This was taken about on the 12th, about 15 days before the grand opening.

Via the always excellent DisneyByMark.com.

Bonus video of the kids water play area is below the jump:

As I’ve mentioned before, Disney’s T-shirt designers have been doing a great job rolling out fun t-shirts that capture the sort of nostalgia I feel for the Disney brand of old. So if I can’t have the Disney of my youth back, I can at pretend that I can when I wear these. As if there was any argument. 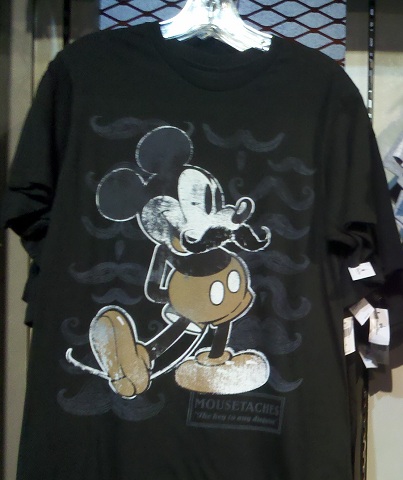 This t-shirt cleverly reads “Mousetaches – the key to any disguise”… get it.

Lot’s more below the jump:

I’ve been a long admirer of the futuristic design and concept art from Syd Mead. Here are a couple costume pieces he designed for the original TRON: Both are from this gallery of Tron concept art. (H/T SuperPunch) Previously: Tron Legacy Animated Series coming to… Read More »TRON costume concept art by Syd Mead

I was at the Magic Kingdom early Saturday morning with my son making our usual rounds. Since the new interactive play queue for Winnie The Pooh opened, one of my son’s favorite things to do has been to get in some quality play time before the queue gets too busy. Going on the ride is actually a bit secondary to enjoying the queue, at least until the newness wears off.

As it turns out there was already a small line for the standby queue and just as we walked up, a cast member was moving aside the trees that just the day before had blocked entrance to the Tigger’s Bouncy Place section of the queue. Based on reports online, it seems like this is just a ‘soft-open’ for that section of the queue and it may or may not be open when you visit. 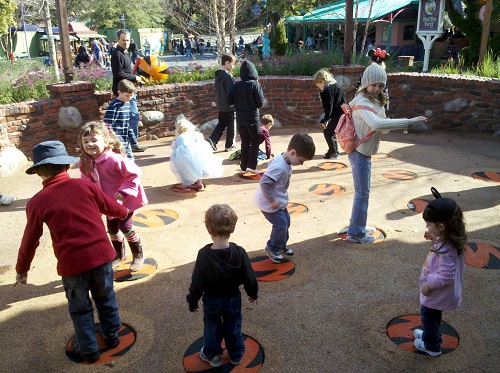 Looking closely at the bounce pads, it appears Disney has done some work on each one adjusting the spring mechanism to provide a stiffer spring and a shallower dip. Each pad is surrounded by new soft ground that doesn’t quite match the color of the other ground that was laid when the queue was built. 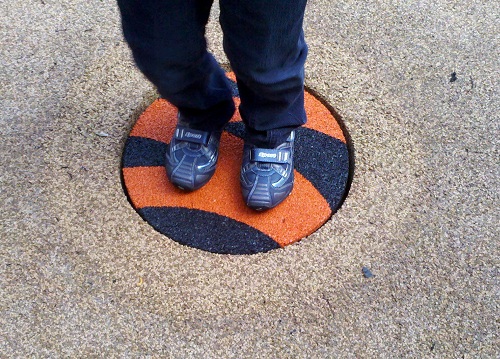 Here’s a quick video of Tigger’s Bouncy Place in action:

More photos, including other changes to the Pooh Play queue, below the jump:

Does Disney World have an answer for Universal Orlando?

Apparently the New York Times quoted my article published November 28th, 2010 where I was reacting to the news that while Universal Orlando was having a banner year, Walt Disney World actually decreased in attendance. Here’s the full context:

The first was an Orlando Sentinel story on the flat attendance at Walt Disney World. I have to think that given the poor state of the economy, Disney would have been happy to have not lost any ground. But the reality is Disney did lose ground to Universal Orlando (despite their attempts at hiding the figures). Harry Potter is drawing guests away from the mouse house and Disney still has no answer lined up. That’s very troubling.

I then went on to talk about how Osceola County can capitalize on increase in attention that’s coming Central Florida’s way with LEGOLAND Florida and the Orlando Thrill park.

Like Disney states in the NY Times article, I believe that the Wizarding World of Harry Potter is a net gain for Orlando tourism business. Unlike Disney World officials, I do believe that there is a high risk of guests shifting their attendance to Universal away from Disney resulting in a net-loss for Disney. Universal is already siphoning off the teens and twenty somethings and LEGOLAND Florida threatens to do the same for the 6 to 10 year old set.

Look at all the Hogwarts scarfs and t-shirts you see next time you’re at WDW. Those guests all visited Universal before coming to Disney. The money they spent there on broomsticks and Butterbeer will not be spent on mouse ears and popcorn. That doesn’t include the guests who are spending a day or two at Disney and then visiting Universal.  I can’t understand why Disney doesn’t appear to be worried.

Read More »Does Disney World have an answer for Universal Orlando?

There is a lot of talk going on about Disney’s queues right now. Kevin Yee writes about the new Winnie The Pooh queue. FoxxFur has her original article “The Third Queue” which she follows up on in her yearly recap post. All three of those… Read More »New Queue, New Disney?