After ‘The Rise of Skywalker,’ Next Star Wars movie won’t arrive until 2022! 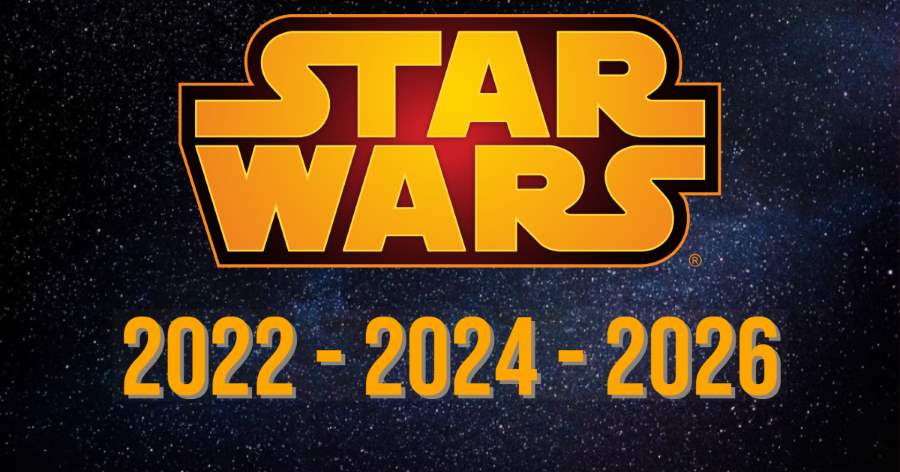 Today Disney released its first post-Fox merger movie release schedule for its new larger collection of studios. The new calendar not only has to accommodate a host of films that are already in some stage of production, it has to juggle a variety of existing franchises keeping enough movies in the air to keep fans satisfied, but not over-satiated. One of the big changes is a vast reduction in the frequency and number of Star Wars movies.

Update: News on who might be directing the next Star Wars movie and when in the timeline it will be set

Disney announced three new Star Wars movies with the first arriving in theaters in December 2022 and then in December in 2024 and 2026. That’s three films in the next seven and a half years and a three year break after Star Wars: The Rise of Skywalker debuts this December.

We know there are currently two trilogies in the works (one by the show runners of Game of Thrones and one by The Last Jedi director Rian Johnson). What’s unclear is how will that work with just three films scheduled in the next seven years. Something doesn’t add up. Will we get two films from one trilogy, and one from the other? Will the first trilogy get its entire run before the second trilogy is launched? Or has one of these trilogies been canceled by Disney or moved to Disney+ as a new series?

To be clear, we don’t actually know that these three films will be a new trilogy. They could be three stand alone titles. Disney hasn’t released any other details than the dates and previous announcements about trilogies being in the works. Disney even reserves the right to change its mind and up the Star Wars movie release schedule.

This reduction in pace is not unexpected. Disney CEO Bob Iger has said after the less than stellar box office performance of Solo: A Star Wars Story that the company wasn’t leaving enough space between Star Wars films for fans to digest them and that it was his fault as he thought the fandom could tolerate more (like Marvel fans do).