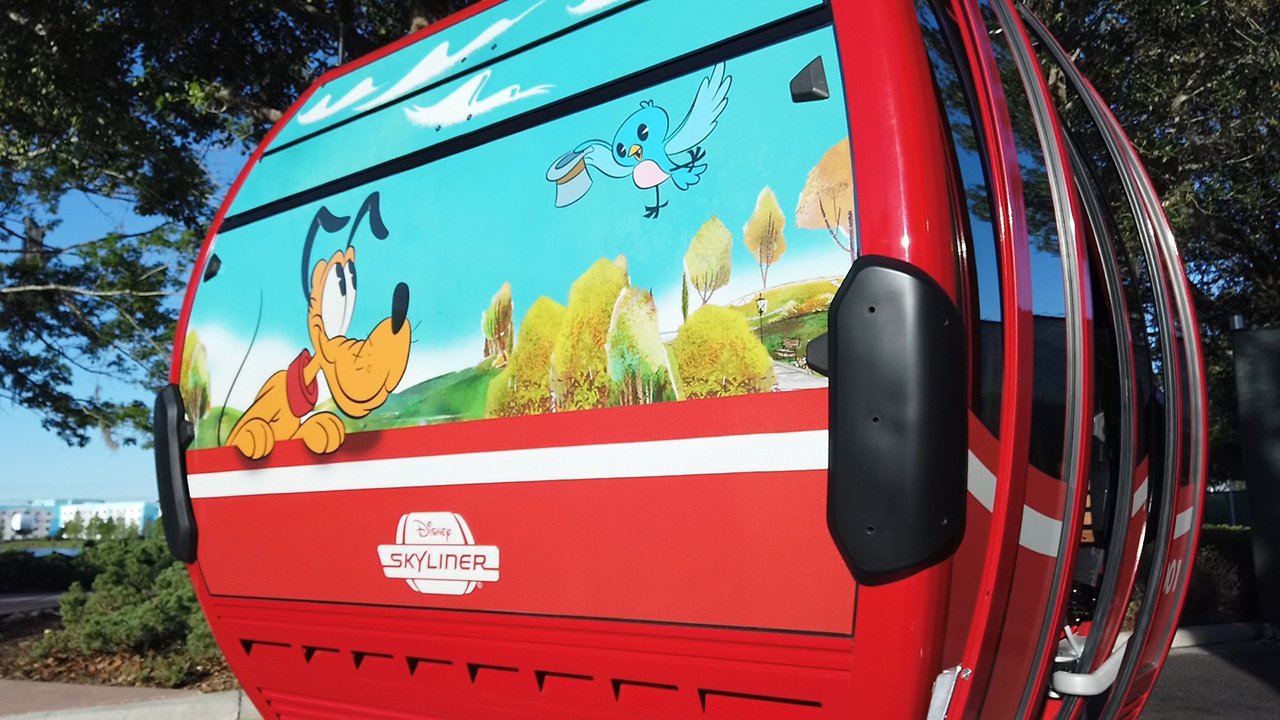 Longtime readers of The Disney Blog know I’ve been advocating for Walt Disney World to adopt the aerial tram, aka gondola, as a method of transportation between its parks and resorts since 2013. That the first system that services two parks and four resort complexes is ready already in testing with a plan to open later this year, makes me very happy.

Update: The Disney Skyliner is the new aerial tramway coming to Walt Disney World. We have our first look inside the Gondola cabins. They’re spacious enough to hold ten guests, accommodating enough to hold a wheelchair, and ventilated enough to keep cool while moving through the sky at 11 MPH.

Walt Disney World has recently released some new details about the Disney Skyliner gondolas along with our first good look inside the guest cabins with their wooden benches and ventilation. In the video below, you get a sneak peak courtesy Walt Disney World Resort Senior Vice President Thomas Mazloum and Walt Disney Imagineering Principal Architect Dean Huspen.

When completed, the Disney Skyliner will connect Disney’s Hollywood Studios and Epcot to four resort hotels, with stations at:

Other details we learned this week:

Despite the vast majority of comments I’ve seen about the Disney Skyliner gondolas becoming ovens in the Florida sun and humidity, I’m not overly concerned. I don’t think the manufacturer would sell Disney a unit it thinks wouldn’t perform and might impact future sales.

Testing with actual humans inside the cabins is expected to begin soon. A few lucky cast members will get to be the first to ride. The system is expect to open to guests this fall.

Will you in line to ride the Disney Skyliner when it opens to guests this fall?